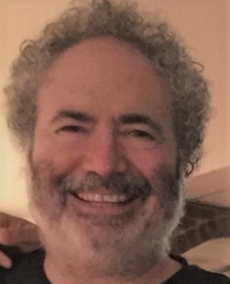 Studies on innate immune responses to brain tumors
We discovered recently that gliomas release an agonist that binds to TLR7, activates MyD88, IRF5, and eventual release of Interferon α/β; all these steps are necessary to stimulate innate NK-mediated immune responses against brain gliomas. We have now determined the nature of the TLR7 agonist released by the tumor as a small miRNA, and that it is released within exosomes from tumor cells. We have thus discovered a novel circuit by which a miRNA released by tumor cells stimulates TLR7 signaling in dendritic cells to lead to secretion of interferon alpha/beta. Interferon then stimulates NK cells to kill glioma cells. This rapid tumor killing mechanism does not necessitate the help of T or B cells. This project uses state-of-the art molecular, genetic and imaging techniques.

Novel gene-immunotherapeutic clinical trials for the treatment of malignant brain tumors
Together with Dr. Castro we have developed a novel treatment for brain tumors that is currently being tested in humans. Using the cytokine Flt3Lto attract dendritic cells to the brain tumor we essentially reconstitute the brain immune system. Dendritic cells are then exposed to antigens released from dying cells (caused by HSV1-TK + ganciclovir). This work has been translated into a Phase I clinical trial ongoing at the University of Michigan (see ClinicalTrials.gov Identifier: NCT01811992). Evidence and details of the immune responses against human gliomas is now being studied in the laboratory using molecular and imaging technologies.

Studies on the self-organization of brain tumors
We have discovered that malignant brain tumors are self-organizing structures. We can recognize a number of neuropathological features which support this notion. The main feature we discovered is called oncostreams and it is present in rodent and human gliomas. Oncostreams are essentially streams of elongated malignant cells which mediate glioma growth, invasion, and facilitate the migration of other non-migrating brain tumor cells. In a recent paper published in PLoS Computational Biology we have utilized mathematical models to determine how glioma cells can assemble self-organizing oncostreams. Through the use of laser scanning microdissection we have discovered that oncostreams differ molecularly from the rest of the brain tumor. We have identified a number of molecular targets, one of which is the gene Col1a1. Knockdown of this gene eliminates oncostreams and reduces tumor growth. We are now following up these studies to determine the molecular makeup and the functions of oncostreams. We are also starting to explore how the microanatomy of glioma tumors determines the anti-tumor immune activity. This project is being pursued through the use of state-of-the-art molecular (including spatial genomics) and advanced imaging methodologies (including two-photon microscopy).

Students will study how the anti-tumoral toxicity of the adaptive and innate immune system can be modulated by the histological heterogeneity and the dynamic organization of glioma tumors. Studies will encompass advanced molecular biology, advanced imaging, all the way to computational modeling. The student will actively participate in the design of experiments.