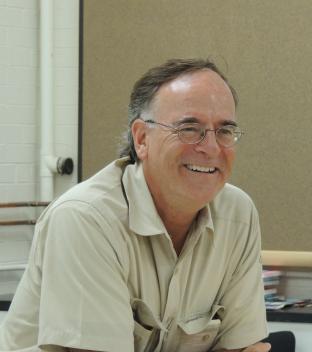 Dr. Steven Kunkel is the Chief Scientific Officer of Michigan Medicine, the Executive Vice Dean for Research of the Medical School, Endowed Professor in Pathology Research, and Peter A. Ward Distinguished University Professor. He received his PhD at the University of Kansas in microbiology and did his post-doctoral training at the University of Connecticut Health Science Center. His areas of research have centered on assessing molecular mechanisms of lung inflammation by investigating cytokine directed cell-to-cell communication circuits. A significant amount of this work helped to launch and define the field of chemokine biology. In addition, he has been involved in assessing epigenetic regulation of immune cell phenotypes, which dictate the expression pattern of inflammatory mediators. His studies in cytokine and chemokine biology are internationally recognized and have provided a clearer understanding of how these proteins are regulated and participate in the initiation, maintenance, and resolution of acute and chronic lung diseases. He has co-authored 650 peer reviewed manuscripts, has an H-Index of greater than 100, possesses 15 patents, and has maintained continuous funding of major National Institute of Health grants for over 3 decades. In 2012 he was one of the founding participants of Opsidio; a startup biotechnology company launched out of the University of Michigan. He has served on numerous National Institute of Health peer review study sections, organized a variety of international conferences on inflammation (organized Gordon and Keystone Conferences), is an associate editor for various professional scientific journals, and is a past recipient of an NIH MERIT Award. In addition, he is the chair of the Board of Scientific Counselors for the NIAID-NIH, a member of the American Society for Clinical Investigation, and a fellow of the American Association for the Advancement of Science.

Research directed at understanding the expression and regulation of inflammatory mediators and their subsequent biological activities represent major investigative directions of my laboratory. A general theme of the laboratory is an assessment of the mechanistic involvement of cytokine and chemokine cascades that direct the initiation and maintenance of the immune response. Recently our laboratory has established a program to determine the role epigenetics play in controlling the inflammatory phenotype of various lymphoid and myeloid cells. We have determined that certain cytokines can influence the expression of chromatin modifying enzymes, which subsequently sets an epigenetic signature in T cells, macrophages, and dendritic cells. These chromatin modifications are one of the mechanisms that allows for transcriptionally active or suppressed transcription needed to appropriately drive an immune response. We have also utilized inducible knockout animals where specific chromatin modifying enzymes have been silenced and have shown that experimental models of acute and chronic inflammation have dramatic outcomes as compared to their wild type controls. Additional efforts in the laboratory has focused on the notch and notch ligand system as major mechanisms for the activation of immune reactive during Mycobacterial antigen challenge or challenge with H1N1 influenza. In models of Mycobacterium challenge, delta like 4 ligand (DLL4) is expressed on dendritic cells and drive the maturation of Th17 cells, while in the H1N1 model delta like 1 expression on macrophages is a key mechanism to activate Th1 cells. In total, our research aims focus on molecular mechanisms that result in the initiation and maintenance of inflammatory disease. 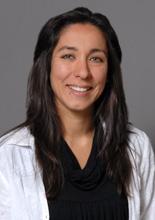