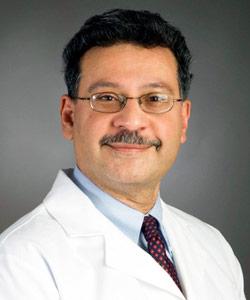 Dr. Atasoy grew up in NYC and New Jersey and attended both graduate school and medical school at the University of Minnesota in Minneapolis. He completed pediatric residency at UCLA Hospitals and two fellowships in immunology, including a research fellowship at the National Institutes of Health in the lab of Dr. William Paul (Laboratory of Immunology, NIAID) and then Allergy-Immunology at Duke University Medical Center in the laboratory of Dr. Louise Markert. Upon completion of his clinical training he was appointed faculty at Duke and worked in the laboratory of Dr. Jack Keene. He was recruited to the University of Missouri in Columbia, MO to set up a molecular immunology laboratory and serve as Director of the MD/PhD program and Vice Chair for Research in the Department of Surgery. He was recently recruited to the University of Michigan and the Ann Arbor VA Hospital in October of 2017. The laboratory has trained numerous individuals from underrepresented student groups.

In our lab we work on understanding the mechanisms of posttranscriptional gene regulation of pro-inflammatory genes. Whereas transcriptional gene regulation is well understood, in contrast posttranscriptional gene expression remains a “black box”. The problem is that there are about 35,000 genes in the human genome but far greater numbers of proteins inside cells. Most of this diversity in the proteome is generated at the posttranscriptional level. RNA binding proteins (RBPs) modulate the export, stability and translation of their mRNA targets. There are only several dozen RBPs known, but it is currently hypothesized that there may be up to 3,000 in mammalian cells. The cis-elements to which RBPs bind have been found to exist in 8% of human genes. Many of these genes are in very exciting and critical areas, including immune responses, signal transduction, cell growth and differentiation, hematopoiesis, transcriptional and translation control, nutrient transport, apoptosis and metabolism. We have developed, novel, cutting edge approaches which enable us to en masse identify in vivo targets of different RBPs using microarray and RNA-Seq technologies. Recent studies have focused on CD4+ T helper T cell lineage differentiation and breakdown of tolerance leading to autoimmunity.

Currently, in our lab we are investigating:

We welcome bright, inquisitive students who desire to become involved in cutting edge research, affecting a variety of biological processes.