Members of the Division of Hospital Medicine have a variety of roles on the inpatient medical wards including teaching on resident services, attending on non-resident services, and providing medical consultation and surgical co-management. In addition, the Division of Hospital Medicine has unique service lines that focus on specific populations, including those with solid organ transplants and hematological malignancies. Our patient care is provided in a number of venues including University Hospital, Medicine Short Stay Units, C.S. Mott Children’s Hospital, Von Voigtlander Women’s Hospital, and the VA Ann Arbor Health System. 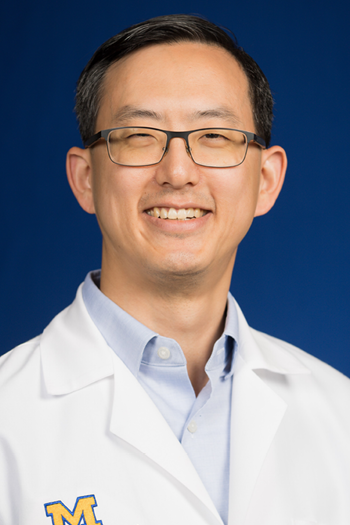 Robert Chang, MD, SFHM, FACP, appointed Interim Division Chief of Hospital Medicine in October 2021, is a Clinical Associate Professor of Internal Medicine and the Associate Chief Clinical Officer for the Medical, Psychiatry, and Emergency Services for University Hospitals/Cardiovascular Center. Dr. Chang is also a member of the Physician Health Plan Pharmacy and Therapeutics Committee based in Lansing, Michigan.

Dr. Chang earned his BA degree from Williams College, Williamstown, Massachusetts, and his MD degree from the University of Michigan. He completed his residency in internal medicine at the University of Michigan and then joined as faculty in 2005 as a Clinical Instructor in Internal Medicine. Dr. Chang was later promoted to Clinical Assistant Professor in 2009 and Clinical Associate Professor in 2017.

Dr. Chang served as the MPLAN Medical Director on units 5B (2010-2013) and 6B (2013-2017), which were subsequently recognized among the highest with employee satisfaction, as well as the Evan Newport HOPE Award to the 6B medical unit, which honors staff, faculty, students, or teams who have demonstrated ongoing commitment to the philosophy of patient and family centered care. He also served as an Associate Chief Medical Informatics Officer from January 2014 – October 2021, Medical Director of Pharmacy from November 2018 – October 2021, and Medical Director of the COVID Vaccine Coordination Office from November 2020 – May 2021.

Dr. Chang’s clinical and research interests are in hospital-associated process improvement and clinical informatics. He has completed additional training/certification in these areas including LEAN methodology, high reliability organization skills and leadership, change acceleration process, and health information technology leadership. He is also a champion of Strategies and Tactics for Recruiting to Improve Diversity and Excellence (STRIDE) concepts that focus on maximizing the likelihood that diverse, well-qualified candidates for faculty positions will be identified, recruited, retained, and promoted at Michigan Medicine.

Dr. Chang is a Senior Fellow of the Society of Hospital Medicine and Fellow of the American College of Physicians. In 2017, he was named an American College of Physicians Top 10 Hospitalist and was also elected to the Department of Internal Medicine Clinical Excellence Society, which recognizes faculty who, by their peers and their division, exude and demonstrate clinical excellence towards their patients and colleagues.

Dr. Saint's research focuses on patient safety, implementation science, and medical decision-making. He has authored approximately 300 peer-reviewed papers with over 110 appearing in the New England Journal of Medicine, JAMA, The Lancet, or the Annals of Internal Medicine. Dr. Saint serves on the editorial board of 7 peer-reviewed journals including the Annals of Internal Medicine, is a Special Correspondent to the New England Journal of Medicine and is an elected member of the American Society for Clinical Investigation (ASCI) and the Association of American Physicians (AAP).

He has written for The Wall Street Journal, Detroit News, and Detroit Free Press, and has given a TEDx talk on culture change in healthcare. Dr. Saint is also the lead author of a book published by Oxford University Press entitled: “Preventing Hospital Infections: Real-World Problems, Realistic Solutions.” In 2016, he received the Mark Wolcott Award from the Department of Veterans Affairs as the National VA Physician of the Year and was elected as an international honorary Fellow of the Royal College of Physicians (London).

Dr. Saint received his Medical Doctorate from UCLA, completed a medical residency and chief residency at the University of California at San Francisco (UCSF), and obtained a masters in Public Health (as a Robert Wood Johnson Clinical Scholar) from the University of Washington in Seattle.  He has been a visiting professor at over 75 universities and hospitals in the United States, Europe, and Japan, and has active research studies underway with investigators in Switzerland, Italy, Japan, Australia, and Thailand. 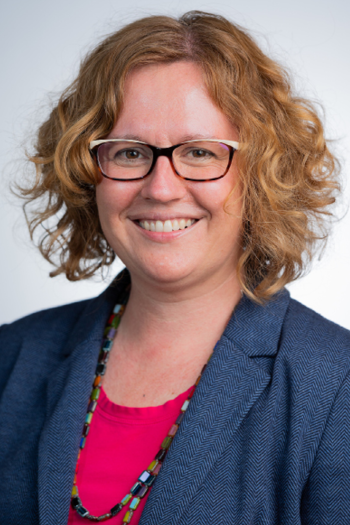