The F. Robert Fekety, Jr, MD Lecture in Infectious Diseases was established in 1992 to recognize Dr. Fekety's twenty five years at the University of Michigan and his continued commitment to excellence in education, research, and patient care. 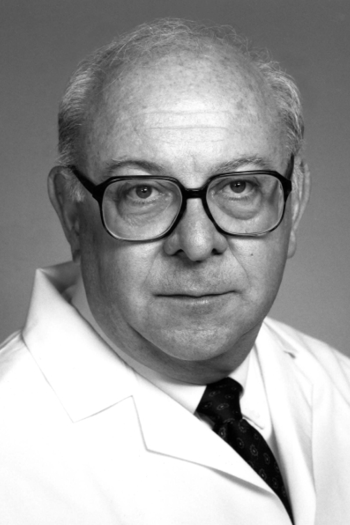 F. Robert Fekety, Jr, MD, was recruited to the University of Michigan from Johns Hopkins Medical School in 1967. He promptly founded the Division of Infectious Diseases and acted as its Chief until his retirement in 1994. Under his leadership, the division became renowned in clinical care, research, and teaching.

Dr. Fekety was a superb clinician whose expertise was widely sought. He was well-regarded as a teacher and a colleague because of his clarity of thought, ability to separate complex concepts and present them in a clear, concise manner, and his wonderful sense of humor.

Dr. Fekety is noted as being one of the most outstanding teachers at the University of Michigan Medical School. He established the Infectious Diseases Fellowship Training Program where he went on to train more than 50 fellows who have gone on to positions of prominence throughout the United States. In addition to his 28 years of teaching in the medical school, he also served as a Professor of Epidemiology with the U-M School of Public Health from 1985-1995.

Dr. Fekety is best known for his pioneering work in the identification and treatment of antibiotic-associated colitis caused by Clostridium difficile, as well as the epidemiology of Staphylococcus. Dr. Fekety’s studies in this area have withstood the test of time and continue to be widely referenced today.

“My favorite ‘Chiefism,’ that I keep at my desk at all times, offers some insight into the greatness of our master mentor Dr. Fekety: ‘Infectious diseases can be taught in 6 months. Acquiring the judgment, wisdom, and skills needed to treat an infected patient takes a lifetime.’ I can only add there are exceptions to every truism as it didn’t take him a lifetime.”
- Former Fellow H. Gunner Deery II, MD

Learn more about Dr. Robert Fekety and our division history.

Please join us in honoring Dr. Fekety by making a gift to the Robert Fekety, MD Lectureship Fund. With your support, you will help us continue Dr. Fekety’s vision for infectious disease research and passion for teaching.