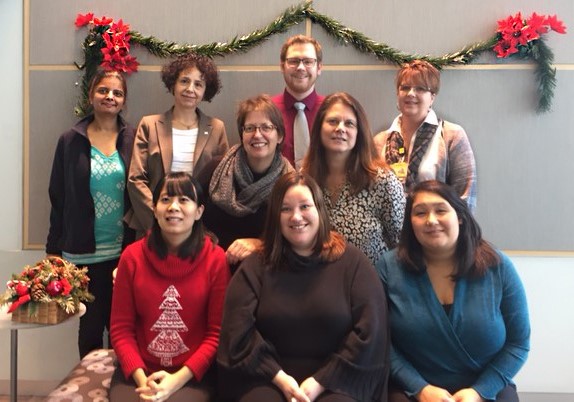 “Our success is possible only because of the clinical research team’s very hard work and dedication. I am very fortunate to work with such an outstanding group” - Rodica Pop-Busui, MD, PhD

The Program for Clinical Research in Diabetes Care & Complications team includes an exceptional group of physicians and clinical study nurses and staff working together with the goal of improving the lives of patients with diabetes.

Dr. Rodica Pop-Busui is a prominent diabetologist at the University of Michigan in Ann Arbor, and a nationally and internationally recognized leader in the field of diabetes as a result of her extensive clinical, research, teaching, and service activities. She has received awards from the Fulbright Foundation, the American Diabetes Association, and the University of Michigan. Since 2013, Dr. Pop-Busui has been an elected member of the Clinical Practice Committee of the American Diabetes Association (ADA), the world’s leading organization dedicated to preventing and curing diabetes. Dr. Pop-Busui also served as a member of the Complications Study Section of the Juvenile Diabetes Research Foundation (JDRF), a member of the study section of the American Heart Association, and a member of the National Institutes of Health NIH ZDK1 GRB-J J3 and NIH ZDK1GRB-S (O2) Study Sections.

Due to Dr. Pop-Busui's scholarship efforts, she is internationally recognized as an expert in the field of diabetes complications, especially diabetic neuropathies. A particular focus of her research interest and efforts involve diabetic peripheral and cardiovascular autonomic neuropathy. She has received funding for her research from the National Heart, Lung, and Blood Institute (NHLBI), the National Institute of Diabetes and Digestive & Kidney Diseases (NIDDK), the JDRF and the ADA. In addition, Dr. Pop-Busui has been privileged to contribute her research efforts to some of the most important national diabetes clinical studies to date, which have advanced the understanding of diabetes, informed changes in its treatment, and impacted the standard of care, thereby improving the lives of people affected by diabetes

Most recently, Dr. Pop-Busui is the site Principal Investigator and member of the Steering Committee of the newly funded NIDDK trial "PERL: A Multicenter Clinical Trial of Allopurinol to Prevent GFR Loss in Type 1 Diabetes" and site Principal Investigator in the NIDDK-funded trial "Glycemia Reduction Approaches for Diabetes: A Comparative Effectiveness Study (GRADE)." Â In addition, as a member of the American Diabetes Association Clinical Practice Committee, Dr. Pop-Busui has made major contributions to the Standards of Clinical Care in Diabetes in 2013 and 2014, and advocated for implementing the optimal care for diabetes and its complications, based on most rigorous scientific evidence, with the ultimate goal to improve the life of all people affected by diabetes.

Dr. Pop-Busui has devoted her life and career to the treatment and understanding of diabetes and its devastating complications, a commitment forged when she was a medical school resident and saw in her rotations the suffering of people with diabetes. Dr. Pop-Busui lives in Ann Arbor with her husband. 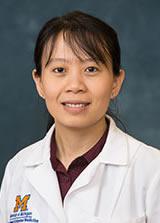 Dr. Lynn Phyuphyu Ang joined the University of Michigan Division of Metabolism, Endocrinology & Diabetes in 2013 as an Endocrinology Fellow and completed the Clinical Track of the Fellowship Program under mentor Dr. Pop-Busui in 2015. She is now an Assistant Professor of Internal Medicine and Co-Investigator on Dr. Pop-Busui's team. Dr. Ang received her medical degree from the Institute of Medicine II in Myanmar and served an internship performing clinical duties for the Government of Myanmar in Yangon. She went on to serve her residency at North Shore-LIJ, Forest Hills Hospital in Forest Hills, NY, assuming the post of Associate Chief Resident and receiving the Resident of the Year Award. Her clinical interest is general endocrinology because, she says, "I love broad topics to brainstorm." Dr. Ang's research interest is type 1 diabetes and its complications; she is also interested in glucose variability and its association with development of cardiovascular autonomic dysfunction in type 1 diabetes. In her off-time, Dr. Ang loves to spend time with her baby girl and enjoys road trips with her family. 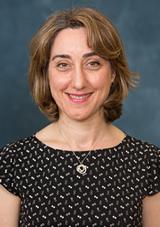 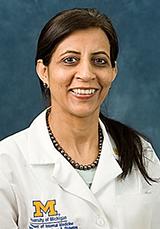 In 2004, Dr. Roma Gianchandani established the innovative Hospital Intensive Insulin Program at the University of Michigan to closely monitor and treat glucose in hospital inpatients. In 2013, Dr. Gianchandani was inducted into the Department of Internal Medicine’s Clinical Excellence Society, Academiae Laureati Medici, in its inaugural year. Her clinical interests include hospital diabetes management, intensive insulin therapy, and Polycystic Ovarian Syndrome (PCOS). Her research has focused on outcomes of inpatient blood glucose management programs and the technological aspects of intravenous insulin delivery and glucose sensing, among other topics. She received her medical degree from Topiwala National Medical College in Bombay, India, and held internships in India and Germany before beginning her residency in internal medicine at Wayne State University in Detroit, where she became Chief Resident. After serving a post-graduate fellowship in the Division of Metabolism, Endocrinology & Diabetes (MEND) at the University of Michigan, Dr. Gianchandani joined the endocrinology faculty of the Dean Medical Center and St. Mary's Hospital in Madison, Wisconsin before returning to Michigan in 2002. Since then, she has been an endocrinologist in the MEND Division, where she is now a Professor of Internal Medicine. 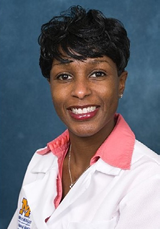 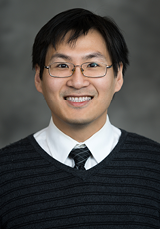 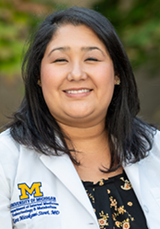 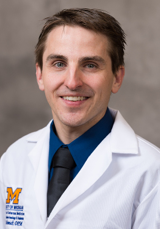 Cynthia Plunkett is the Lead Study Coordinator for the Pop-Busui Clinical Research Team on multiple studies of diabetes complications, including the NIH-funded Preventing Early Renal Loss in Type 1 Diabetes (PERL) and Cardiac Autonomic Neuropathy and Myocardial Dysfunction in Type 1 Diabetes (CAN). In this responsible role, she oversees the workings of numerous components of concurrent clinical studies in various stages of completion. This includes supervising staff, coordinating patient visits, screening patients, arranging approvals, dispensing medications, collaborating with the study sponsors, and interacting with patients to ensure they have good health and a great experience during the clinical trial. Plunkett has been engaged in clinical research at the University of Michigan since 1990, including working on the General Clinical Research Unit for seven years, after serving as a staff nurse at the Veteran's Administration Medical Center for six years. She received her nursing degree from Chester County College in Pennsylvania and holds numerous certifications and advanced training from professional associations. She has been a Certified Clinical Research Coordinator since 2006. Outside of the clinic, her hobbies include reading, gardening, and trying new restaurants.

Cathy Martin has spent her entire professional career within the diabetes programs at the University of Michigan.  She earned both her Bachelor of Science in Nursing and Master of Science degree at the University of Michigan.  She is the 1995 recipient of the R. Faye McCain Memorial Award for Leadership and Academic Excellence in Medical-Surgical Nursing, and the 2013 winner of the Diabetes Champion Award from the Michigan chapter of the American Diabetes Association, in recognition of her outstanding contributions to diabetes education, advocacy, and research. Since 1987, she has been involved in a variety of clinical trials to advance the understanding of diabetes and to improve its treatment. Martin contributed to the landmark “Diabetes Control and Complications Trial” (DCCT), which demonstrated the benefits of aggressively controlling blood sugar levels in people with type 1 diabetes, as well as on the follow-up to that study, called “Epidemiology of Diabetes Interventions and Complications Study” (EDIC). She is currently study coordinator for the Glycemia Reduction Approaches in Type 2 Diabetes, A Comparative Effectiveness Study (GRADE). She has collaborated on nearly 50 publications and has been a sought-after speaker on diabetes topics for national organizations across the country. Given her long association with U of M, it should be no surprise that she is a fan of Michigan football and attends most home games.  She enjoys golfing and biking in her spare time, and always has some home improvement project going on (ask her about the deck!).

Andrea Waltje brings her prior research experience to the team, having coordinated research projects on diabetes, tobacco cessation, and sun protection at the University of Michigan. With a Master of Science degree in clinical health psychology from Ohio University, her clinical focus has been on health behaviors. While at Ohio University, she provided psychotherapy and health education to persons with diabetes and HIV diagnosis. Before joining the Division of Metabolism, Endocrinology, & Diabetes (MEND), Andrea was the research nurse for a NIH-funded randomized controlled trial, educating nurses on the provision of smoking cessation interventions to inpatients in the hospital setting; in two other randomized controlled trials, she provided smoking cessation interventions and sun protection education to Operating Engineers. Currently, Andrea is Clinical Research Coordinator for the Glycemia Reduction Approaches in Type 2 Diabetes, A Comparative Effectiveness Study (GRADE) in the MEND Division, of which Dr. Pop-Busui is Co-Principal Investigator. Her main responsibilities are related to the recruitment and screening of participants into this NIH-funded multicenter study. Privately, Andrea enjoys spending time with family and friends, gardening, and swing dancing.

Brittany Williams is a Clinical Subjects Associate who joined the team in 2011 and performs a variety of vital tasks for the clinical research studies of the Pop-Busui team. She is trained and certified to perform Heart Rate Variability Testing and venipuncture, which she has utilized on numerous studies. She also reviews and screens databases for potential research subjects and interacts with patients in various phases of the clinical studies. Brittany also maintains databases for the clinical studies. She is a 2005 graduate of South Lyon High school and the Oakland Technical Center South West-Culinary Arts Program in Walled Lake, Michigan, and enjoys experimenting when cooking. Brittany also has accrued credits in the business administration program at Schoolcraft College in Livonia, Michigan. Outside of work, she loves playing with her daughter, watching movies, and hanging out with her husband and family. 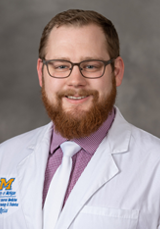 Jake Reiss is a Clinical Research Project Manager who joined the team in 2016. Jake works primarily on the TINSAL (Targeting Inflammation with Salsalate in Type 1 Diabetes Neuropathy) study, as well as a number of other studies involving diabetes technology and complications. In addition to his role as a research project manager, Jake is responsible for the creation of databases in the electronic data capture system RedCap. He is a 2016 honors graduate of Eastern Michigan University with a bachelors in biology with minors in chemistry and psychology. He will start his masters in Health Management and Policy at the University of Michigan in the fall of 2020. In his free time, he enjoys playing baseball, golfing, and wood working.