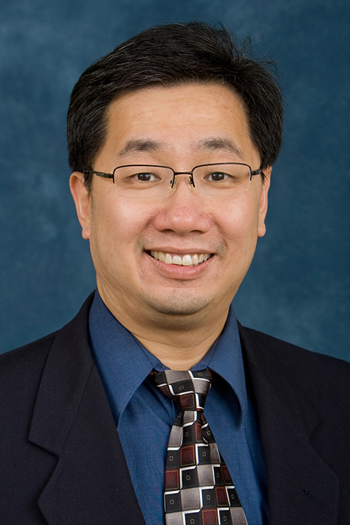 Dr. Raymond Yung is the Jeffrey B. Halter M.D. Collegiate Professor of Geriatric Medicine, Chief of the Division of Geriatric and Palliative Medicine, and Professor of Internal Medicine. Dr. Yung received his medical degree from the University of Liverpool, England. He completed an internal medicine residency at Sinai Hospital in Detroit, and fellowship training in rheumatology (1994) and geriatric medicine (1996) at the University of Michigan. He is board-certified in Internal Medicine, Geriatric Medicine, Hospice and Palliative Medicine, and Rheumatology. Dr. Yung speaks English and Cantonese Chinese, and his special clinical interests include the management of arthritis in older adults. He is the editor of two textbooks, including Geriatric Rheumatology A Comprehensive Approach. He is a recipient of the NIH Individual National Research Service Award (1994-1996) and Clinical Investigator Award (1997-2002), and the Paul Beeson Physical Faculty Scholars in Aging Research Award (1998-2001). In addition, he has received the American College of Rheumatology Senior Rheumatology Scholar Award (1994). He has been continuously funded by the NIH since 1994. He is currently funded by the NIH in his research effort on the effects of early life nutrition on late-life inflammatory disease development. Dr. Yung was named Chief of the Division of Geriatric and Palliative Medicine, Director of the Institute of Gerontology, and Co-Director of the Geriatrics Center in 2011. He is also the Associate Director of Research at the VA Ann Arbor Geriatric Research Education and Clinical Center.

Dr. Yung's research focuses on understanding both the origins and the effects of low level chronic inflammation in the onset and progression of age-related diseases and conditions. Aging represents a state of chronic low grade inflammation. Throughout his career, Dr. Yung has been interested in the relationship between “epigenetic drift”, autoimmunity and age-related inflammation (“inflamm-aging”). The chemokine system is critical to initiating and sustaining inflammation. Dr. Yung was the first to report that T cell DNA hypomethylation in aging is associated with increased T cell pro-inflammatory chemokine and simultaneously impaired T cell homeostatic chemokine responses. These observations help explained the observed low level chronic inflammation in aging. Epigenetics is the key that links genes and environment. He believes the origin of late-life inflammation diseases is in part determined by early-life environmental factors that act on the immune system through epigenetic mechanisms, consistent with the “Developmental Origins of Adult Disease (Barker) Hypothesis. His research group recently reported that pre-natal supplementation with key “methyl-donors” can ameliorate the pro-inflammatory T cell chemokine response in aging, which in turn reduces the burden of late-life cardiovascular disease.