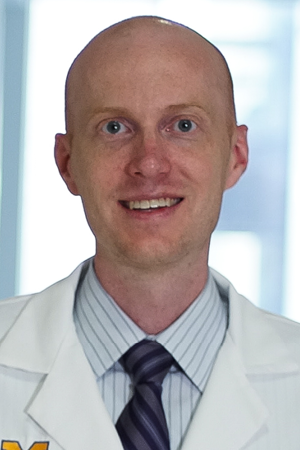 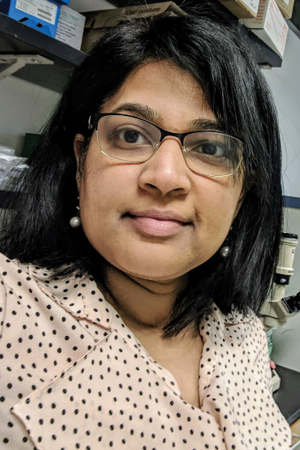 Sri Yalavarthi, MS has worked at the University of Michigan for over 18 years and joined Dr. Knight’s lab in 2013. Apart from general lab maintenance, Sri's current work primarily focuses on the role of anti-NET antibodies as potential biomarkers for disease severity in auto immune diseases such as APS. She is also interested in investigating any potential connection between anti-NET antibodies and disease progression in COVID-19 patients. Outside the lab, Sri enjoys gardening and wishes that Michigan would have long summers. She also loves to travel to new places with her family and try out new cuisines.

Learn more about Dr. Zuo and his research. 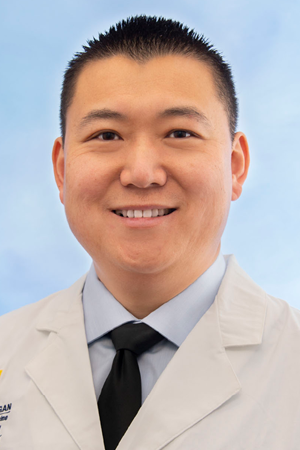 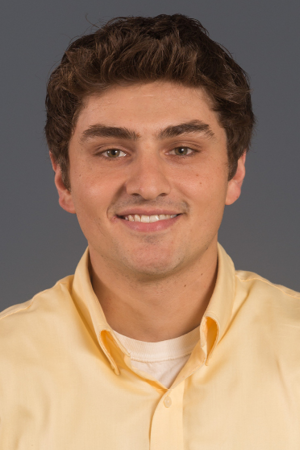 Cyrus Sarosh is a clinical research project manager who joined the team in 2021. Cyrus will be working on the Regulatory and Compliance aspects of the Human Research Projects, and help oversee the research occurring in the Knight Lab. Cyrus has been working at Michigan Medicine since 2011, specializing in research. He is a 2011 graduate of Lawrence Technological University in Southfield, Michigan with a bachelor’s degree in Molecular and Cellular Biology. He graduated in 2020 with a Master of Science in Administration with a focus on Health Services Administration from Central Michigan University. In his free time, Cyrus enjoys playing baseball and spending time with his family. 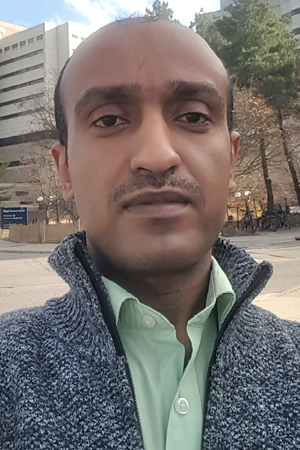 Dr. Ramadan Ali's journey began when he migrated from Yemen and landed in Dearborn, Michigan, where he attended Henry Ford College and obtained an associate’s degree with honors in science. Dr. Ali completed his bachelor’s degree with departmental honors in pharmaceutical sciences from the University of Toledo, Ohio. He received his PhD degree in Medicinal Chemistry from the University of Toledo College of Pharmacy, and completed a brief postdoctoral position in the Department of Microbiology and Immunology College of Medicine. Dr. Ali then joined the Division of Rheumatology at Michigan Medicine in 2017 as a postdoctoral fellow under Dr. Jason Knight's mentorship during which he was awarded a T32 training grant for two years. Over the years, he have served as a research mentor for several undergraduate students, and received certification for the completion of the MICHR Mentoring Academy training. Dr. Ali's research interest focuses on adenosine A2A receptor and downstream signaling pathways in neutrophils as a potential therapeutic target in APS. Natural medicine is another area of research interest, specifically the anti-neutrophils properties and anti-inflammatory effects of ginger-derived compounds in the context of lupus and APS and other inflammatory diseases. In his off-time, Dr. Ali loves to spend quality time with his family. 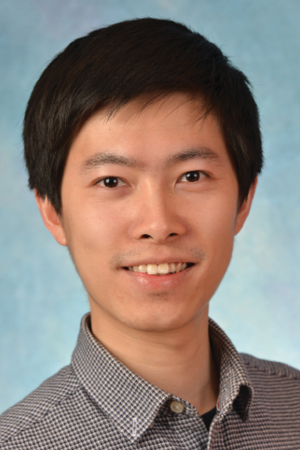 Dr. Chao Liu is a postdoctoral research fellow who joined the team in 2020. Dr. Liu works primarily on the study of renin-angiotensin system regulation on  neutrophils, as well as a number of other studies involving diabetes and COVID-19. He is a 2015 graduate of Nanjing Medical University with a PhD degree in cardiovascular pharmacology. In his free time, Dr. Liu enjoys exercise and traveling. 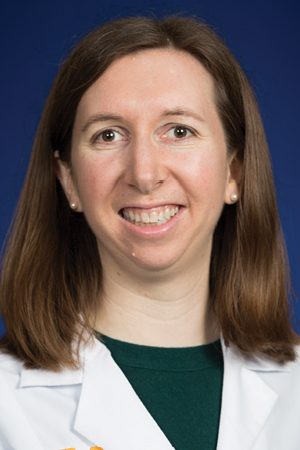 Dr. Jacqueline Madison is a clinical research fellow who joined the team in 2019 and is a fourth-year fellow in Adult and Pediatric Rheumatology. Dr. Madison is interested in the study of APS, with a particular interest in pediatric APS. She also contributes to the study of thrombosis and antiphospholipid antibodies in COVID-19 patients. Dr. Madison is a 2009 graduate of Yale University with bachelors degrees in Biology and Anthropology, and is a 2013 graduate of the University of Michigan Medical School. She completed a combined Internal Medicine-Pediatrics residency at the University of Michigan in 2017. In her free time, Dr. Madison enjoys exploring the outdoors, running, and spending time with her family including her mischievous labradoodle. 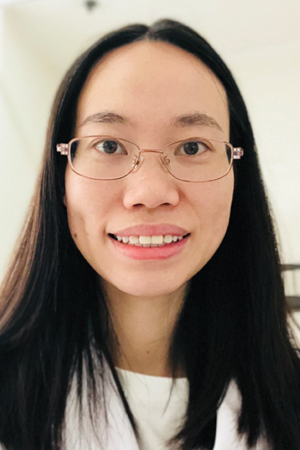 Dr. Hui Shi joined the Michigan Medicine Division of Rheumatology as a research fellow, under mentor Dr. Jason Knight, in 2019. Dr. Shi's research interests include interaction of neutrophils, NETs and endothelial cells in thrombotic disease and skin endothelial cells in antiphospholipid syndrome. She received her medical degree from Nanjing Medical University, Nanjing, China in 2009, and held several internships and residencies there. Dr. Shi received her PhD degree at Shanghai Jiaotong University School of Medicine in 2017, and completed her fellowship as a rheumatologist at Ruijin Hospital in Shanghai. 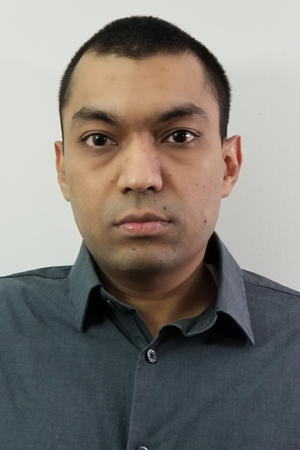 Dr. Gautam Sule's long-term research interests involve cells and factors that regulate the immune system, and their implications for inflammatory and autoimmune disorders. With that in mind, Dr. Sule joined Dr. Jason Knight's lab in 2016. He received his PhD degree from Baylor College of Medicine (2012) and completed a fellowship in NIH before joining the Knight Lab (2013-2016). Dr. Sule employs both human and mouse systems to investigate the role of innate immune cells in the pathogenesis of autoimmune disorders, such as SLE and APS. In particular, he is interested in understanding the impact of stress response in the basic function of neutrophils and how the stress response influences neutrophil behavior in the context of SLE and APS. 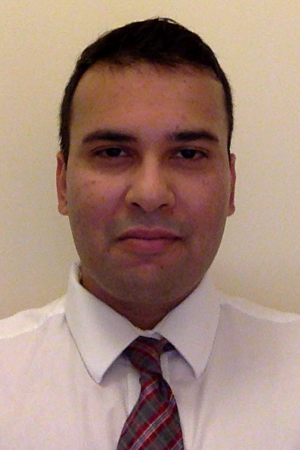 Dr. Ajay Tambralli is a clinical research fellow studying metabolism in APS in Dr. Knight's lab and is a third-year fellow in Adult and Pediatric Rheumatology. Dr. Tambralli received his medical degree from the University of Alabama in Tuscaloosa, Alabama and completed his residency at the University of Rochester in Rochester, New York. 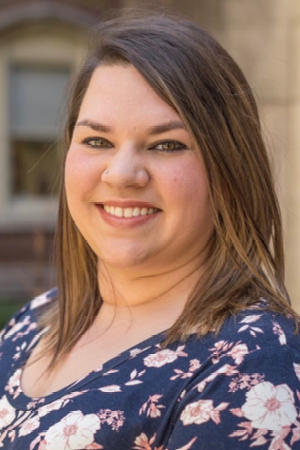 Shanea Estes has two Bachelors degree’s (Biology and Animal Science) from North Carolina State University in Raleigh, North Carolina. She started her research career at Vanderbilt University (VU) in Nashville, Tennessee, working under Dr. Masakazu Shiota, studying diabetes. One-on-one training with Dr. Shiota equipped Shanea to surgically catheterize the jugular vein, carotid artery in rats and guinea pigs and mesenteric vein in the intestines in rats for clamp studies. During her time at Vanderbilt, she obtained her masters degree in Laboratory Investigation (MLI) with support from Dr. Shiota and VU. Shanea then moved to Michigan to join Dr. Knight's lab as a laboratory technician where she performs stenosis and the electrolytic inferior vena cava model (EIM). 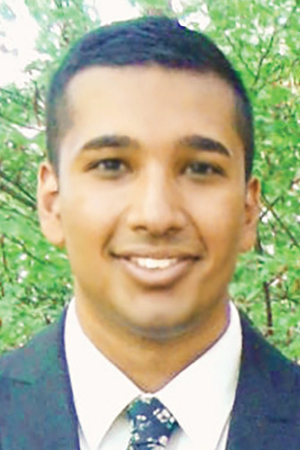 Alex Gandhi is a laboratory technician who joined the team in 2015. Alex is responsible for performing various mouse microsurgery procedures in the effort to elucidate the mechanisms driving APS-mediated venous thrombosis. He is also engaged in various in-vitro projects including cell-based assays that seek to reveal critical gene and protein elements associated with an APS phenotype. Alex is a graduate of the University of Michigan with a bachelor’s of science in cellular molecular biology, and a graduate of Johns Hopkins University with a master’s of science in biotechnology. In his free time, Alex enjoys training for Ironman triathlon events including swimming, biking, and running. 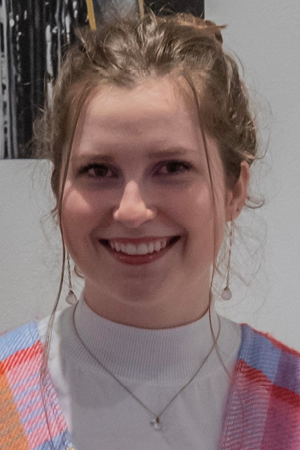 Claire Hoy is a study coordinator and research laboratory technician who joined the team in 2020. Claire works primarily on the ANSWERS (ANtiphospholipid Syndrome - Working to Establish Real Solutions) study, as well as a number of other studies involving APS and the COVID-19 virus. She is a 2020 graduate of Denison University in Granville, Ohio, with a bachelor’s degree in biology and minor in studio art. In her free time, Claire likes painting, thrifting, reading, watching movies and shows, and spending time with her friends, family, and cat, Delilah. 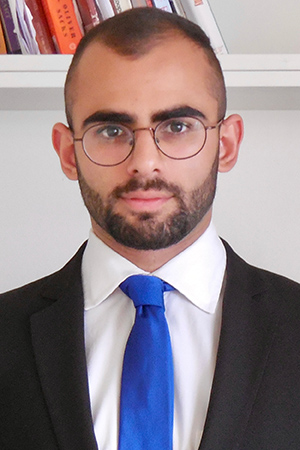 Sherwin Navaz is a research technician associate who joined the Knight Lab in 2021. His research interests include Neutrophil Extracellular Traps (NETs), Antiphospholipid Syndrome (APS), as well as blood clotting mechanisms in COVID-19. Sherwin graduated from the University of Michigan in the winter of 2020 with a Bachelor’s of Science in Cellular & Molecular Biology and a Minor in Music. He aims to attend medical school in pursuit of becoming a physician-scientist. In his free time, Sherwin enjoys playing the piano, reading about music history, and writing music. When not in the lab or at the piano, he also enjoys fitness training and tennis.