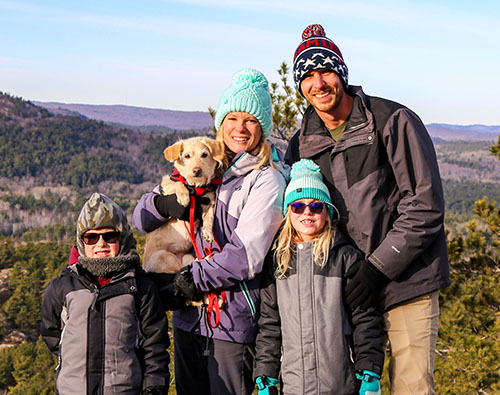 Nominator, Dorothy Schroeder: "Jeff is an exemplary employee who continually demonstrates outstanding leadership skills, is self-motivated and is committed to producing work that meets the highest standards. His focus is to provide unwavering support for his team, administrative staff and faculty by way of his professionalism, patience and respectful demeanor no matter how challenging the situation."

FY 20 brought many unforeseen changes and challenges within our health system. During this unprecedented time, Jeff was able to adjust to many changes, primarily remote work, and continue to provide exceptional support to the division and department. Jeff demonstrates outstanding leadership skills as proven by his ability to not only effectively motivate his team to meet the divisions goals and challenges, but also encourage and support them regarding career-growth opportunities. Jeff stands behind his staff’s decisions, he is an advocate for cross –training, and demonstrates and promotes transparency within his team and leadership.

Jeff displays exceptional communication skills as can be seen from his 360 reviews. He responds to all communication in a timely fashion, consistently exudes professionalism, and is patient and respectful no matter how challenging the situation.

Jeff is committed to producing work that meets high standards. He is always looking to improve processes and workflow. His most recent project being the improvement / enhancement of our current effort reporting worksheet. He frequently goes above and beyond in his efforts to ensure consistency and generate content that exceeds expectations.

Jeff is a self-motivated team member, he demonstrates a practical approach to problem-solving and pays keen attention to details. I feel privileged to work with Jeff, and the division is fortunate to have him on its team.

One of Jeff's primary attributes is his ability to lead within and outside of his team simply by way of his overall character. Not only does he promote team work, he practices it daily by way of his actions. Within the finance team, Jeff has sought to remove any perceived hierarchy and to deconstruct silos. He wants to ensure that everyone within the team is capable of helping and learning from each other. Jeff also continually communicates the importance of seeing the value in individual approaches to various duties. For example, each pre-award team member has successfully taken on some post-award work as a way to diversify their experience and broaden their knowledge base. Post-award members have taken on additional duties related to pre-award reporting to aide in the completion of those tasks. Although similar outcomes were expected, the staff chose how best to reach their end goal.

Jeff also promotes transparency within his team regarding work expectations, encouraging them to be open about current workload, and relaying initiatives driven from the division, department, and /or university. Jeff found that his team was more responsive and supportive of him and any initiatives from the university, as long as there was transparency. This was evident as the COVID crises developed. We all were asked to do more with less, and at the onset when little information was being distributed from the University and/or Medical School, Jeff's team functioned as if nothing had changed. The transition from on-sight to remote work was seamless.

Jeff also leads by example. When our pre-award employee unexpectedly resigned, Jeff immediately took it upon himself to absorb most of the time intensive, heavy pre-award workload. Although under pressure, he was able to successfully submit a very large number of grants as well as work with me on completing our budget.

Jeff also demonstrated his outstanding leadership abilities by being watchful and monitoring peculiar account activity of our faculty and bringing this to my attention as well as to the departments attention. As this activity became more commonplace and consistent, Jeff was persistent that something needed to be done to ensure protection of the PI as well as the department/University. His diligence lead to opportunities of improvement for both the faculty, the division and the department.

Finally, Jeff clearly demonstrated his unquestionable leadership skills when he told his staff, "when I stop listening or stop taking suggestions and feedback, it's time for me to leave".

Jeff exemplifies superior customer service towards faculty, research and administrative staff within and outside of the division/department. He is always accessible and willing to support / answer any questions regarding faculty accounts, research accounts, finance policies and procedures. He is consistently patient, respectful and timely in his responses. Jeff is always willing to reach out to other finance managers to share ideas, offer support or suggestions. I have included one situation that took place late last year that clearly demonstrates his outstanding service to our faculty:

Jeff briefly told me about what transpired the following day. I actually laugh to myself after reading Dr. Brenner's account of that submission. Jeff completely downplayed his support for Dr. Brenner and Rama. Truly demonstrated his character.....it's just all a part of the job.

Jeff has been involved in several departmental as well as divisional initiatives.

Departmental:  Jeff participated in multiple work-groups that created the "new" faculty presentation on the grant submission process. This is the bi-annual presentation that’s given to new faculty that outlines how to successfully submit a proposal through the University. In addition to creating the slides and talking points, the team also developed a faculty handbook that goes into more detail on the submission process. It was shared that Jeff created most of the handbook. Jeff was also the co-lead on a work-group that developed an orientation for new research administrators to the department. The group also created a manual and provided recommendations to the department on creating an on-boarding meeting for new research administrators. Finally Jeff worked closely with Judy Carrillo on a work-group that provided recommendations to the department on the roll-out to the new ORSP finalization policy. Those recommendations included a communication plan on the new policy & an updated DOIM late submission policy.

Divisional: Although Jeff has lead multiple process improvements with this team such as cross-training, creating standardized reports for quarterly meetings between post award group and faculty and well-being check ins with his staff, his most remarkable improvement was the revision of our faculty effort spreadsheet. Jeff put much time and effort in re-creating a tool that could be easily understood and updated by his team. He was also resourceful by requesting the support of the departments excel guru who assisted him by creating formulas so calculations were automatic when updates were entered.

Jeff is always thinking of the next best way to be efficient and effective by standardizing and or simplifying a current process.