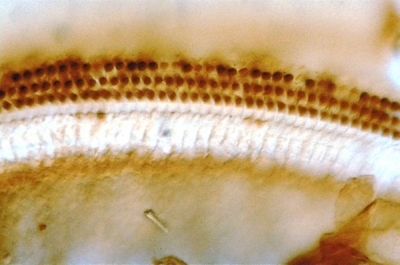 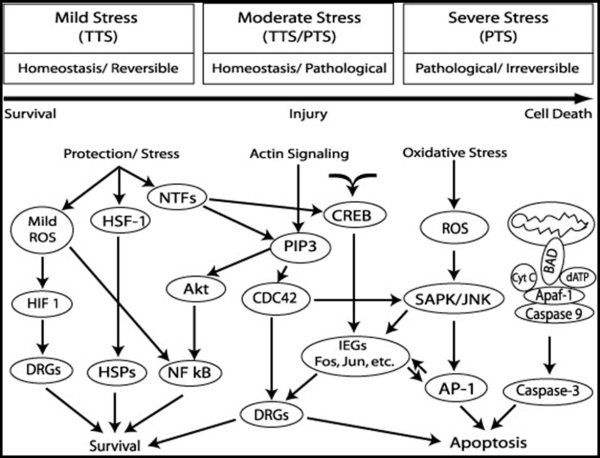 Model of stress pathways in the cochlea

We study the stress response in the cochlea and auditory brain stem, specifically the pathways that lead to protection, repair and recovery. The genes and proteins within these pathways as well as their interaction and regulation are identified. Interventions are being developed, based on these pathways, to improve the efficacy of protection, repair and recovery and ultimately reduce acquired deafness.

We are examining the pathway involving heat shock proteins and their protective function in the auditory pathways. We study the expression of heat shock proteins such as Hsp70, Hsp110 and Hsp32 induced by heat, noise or ototoxins as well as constitutive heat shock proteins such as Hsp27 and their role following stress. We are also studying the role of Heat Shock Factors (Hsf), which regulate the production of heat shock proteins and other stress response genes. We find expression of Hsf1 in the cochlea and its activation by stress. We find that the conditions which induce heat shock proteins provide protection from a subsequent noise exposure (during the time that hearing has recovered but HSPs are still elevated), that would normally be damaging and that there is less recovery from noise in mice in which the Hsf1 gene has been knocked out. We also find that in mice with the Hsf1 gene knocked-out, that there is reduced recovery from noise overstimulation. 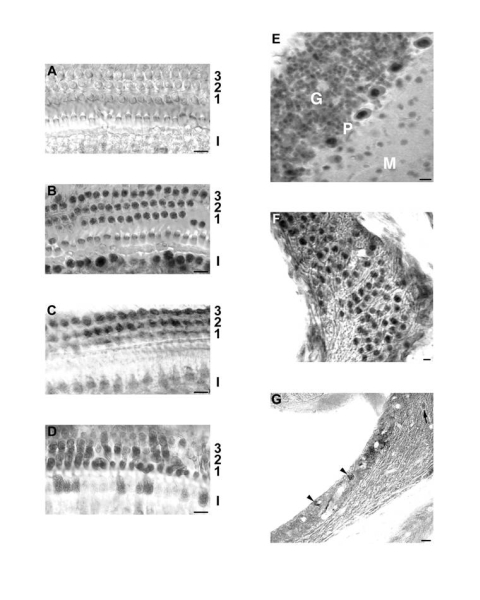 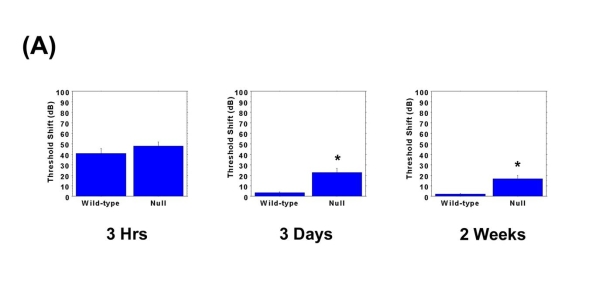