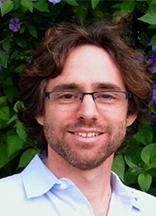 Dr. Gideon Rothschild received his B.Sc. in computer science and computational biology from the Hebrew University in Jerusalem, where he also earned his Ph.D. in neuroscience in 2012. He did his postdoctoral work with Loren Frank at the University of California, San Francisco, studying how the auditory cortex, hippocampus and prefrontal cortex interact during memory consolidation and retrieval.

Sensation and memory are tightly linked in our everyday lives. Meaningful sensory experiences can transform to become long-term memories, and memories of past experiences influence how we process and perceive incoming sensory input. This bidirectional interaction between sensation and memory is a key process in healthy everyday life, and its failure is found in conditions such as post-traumatic stress disorder (PTSD), dementia, and schizophrenia. The Rothschild lab aims to understand the neural circuit mechanisms that underlie the bidirectional interaction between sensation and memory in health and disease.

To pursue these questions, our core experimental approach is to record and manipulate neural activity simultaneously from multiple brain regions involved in both sensory coding and memory processes, while rodents perform sensory- and memory- guided tasks. A brain region of special interest in the lab is the auditory cortex, which is strongly involved in processing of sounds. By monitoring neural activity in the auditory cortex as the animal is engaged in task performance and during subsequent sleep, we can tap into the sensory neural representation that salient sounds leave during and following experience. To track how some of these sensory representations subsequently assimilate into long-term memories, we simultaneously record neural activity in the hippocampus. The hippocampus is critical for forming new episodic memories, and exhibits reactivation of neural activity patterns of past experiences, a phenomenon believed to support memory consolidation. By simultaneously monitoring and manipulating neural activity in the auditory cortex and hippocampus across learning, our lab aims to understand how information processing within each of these brain regions, as well as communication between them, underlies diverse cognitive phenomena linking sensation and memory.