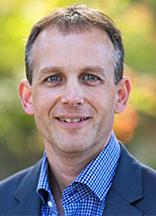 Shea had been on the faculty of Northwestern University’s Department of Chemical and Biological Engineering from 1999 to 2014. In 2014, Shea moved to the University of Michigan as chair of the Department of Biomedical Engineering. He is an internationally recognized researcher at the interface of regenerative medicine, drug and gene delivery, and immune engineering, whose focus is on both the local microenvironment and systemic responses for directing tissue growth or regeneration. Some of the projects in his lab include nerve regeneration for treating paralysis, autoimmune diseases and allogeneic cell transplantation, and cancer diagnostics. He is also developing and applying systems biology approaches to molecularly dissect tissue formation and identify key drivers of normal and abnormal growth.

Shea has published more than 200 manuscripts, and has numerous inventions to his credit. He served as director of Northwestern’s NIH Biotechnology Training Grant and was a member of its Institute for BioNanotechnology in Medicine. He is a fellow of the American Institute of Medical and Biological Engineering (AIMBE), a standing member of the Biomaterials and Biointerfaces study section at NIH, and a member of the editorial boards for Molecular Therapy, Biotechnology and Bioengineering, and Drug Delivery and Translational Research.