President of the Association for Research in Otolaryngology, 1983

From early on in his career, he made his students and post-docs feel welcome, always finding common ground for new research projects. Many early research projects were conceived while sailing his boat, which he could see from his office window in Seattle. Joe devoted considerable energy and talent toward establishing collaborations in the U.S. and internationally and developed many productive research projects with MD and PhD scientists in the U.S. and abroad. His established especially strong ties with the Karolisnka institute, where he was appointed Foreign Adjunct Professor.Joe’s research spanned many aspects of auditory neuroscience, from studying the effects of anesthetics on the representation of acoustic information in the auditory cortex to cochlear prostheses; from investigating how blood flows in the inner ear to develop strategies to prevent noise-induced deafness, to promote regrowth of the auditory nerve and the use of stem cells to rebuild and replace the sensorineural epithelium. He published over 250 peer-reviewed articles, authored 50 book chapters, and edited two books. He led major research teams funded by a National Institutes of Health Program Project and established innovative training programs for graduate students and medical residents.Joe was born in Philadelphia, PA. His family moved to California when he was 9, and he eventually attended UC Berkeley, where he obtained a B.A. in psychology. For his doctoral studies, he went to the University of Washington, Seattle, where he studied psychology and physiology. He joined the Kresge Hearing Research Institute (KHRI) at the university of Michigan as a postdoctoral fellow in 1965 and became Assistant Professor of Psychology in 1967. A year later Joe took a faculty position at the University of Washington in the Departments of Otolaryngology and Physiology & Biophysics. He was promoted to associate professor in 1972, and professor in 1976. In 1975, when Jim Donaldson stepped down as chair of the Department of Otolaryngology at the University of Washington, Joe became acting chair, one of the few examples of a Ph.D. being appointed as chair of a clinical department. In 1984, Joe moved back to Ann Arbor as the second director of the KHRI, a position that he held until 1999. In 1996 he was named the Lynn and Ruth Townsend Professor of Communication Disorders. He retired from active faculty status in 2013, becoming Emeritus Professor of Otolaryngology-Head and Neck Surgery, but his lab remained active until his passing.

Joe’s contributions went beyond the science. He played a key role in the formation of the Association for Research in Otolaryngology, served on the planning committees for the early meetings and was president of the association in 1983. Maybe even more importantly, he contributed to the writing of the legislation that led to the creation of the NIDCD, a step that brought necessary support for research in hearing, balance, and communication. For his contributions, Dr. Miller received numerous honors, including honorary M.D. degrees from the University of Goteborg in Sweden (1987) and the University of Turku in Finland (1995). He earned the University of Michigan Regents' Award for Distinguished Public Service (1993), Presidential Citation from the American Academy of Otolaryngology-Head and Neck Surgery (1997), and Gold Medal Honor Award from the Prosper Meniere Society (2001).

Joe had a wide range of interests beyond science, an openness to new experiences, and an appreciation for the finer things in life. He loved to create a delicious meal, pour a special wine, and create a convivial atmosphere at his table. He liked to share stories about his special experiences, such as jumping from a Finnish sauna into the snow, and he filled his home with beautiful art and design. He had a ready smile and a warmth that touched many. Most of all, he enjoyed the last few years playing with his three granddaughters. He touched so many lives in so many ways that his legacy for honesty, integrity, and friendship will be felt for years to come.

Josef is survived by his wife, Cheryl, his children Richard Miller, Deborah Ryan and Daniel Miller, his brother Robert Miller, and his grandchildren, Ariel Ryan, Ava Miller and Mia Miller. 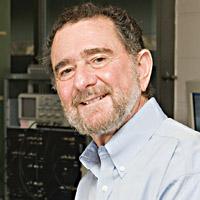