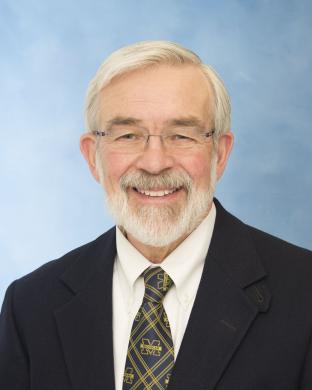 Dr. Carey graduated from St. Lawrence University with a B.S. in biology and received a summer fellowship in cardiovascular research at the Masonic Medical Research Laboratory with Dr. Gordon K. Moe where he worked on the mechanism of action of propranolol a beta-adrenergic blocker, now widely used in the clinic. Dr. Carey received his Ph.D. in biochemical pharmacology from the State University of New York at Buffalo after doing his dissertation work at the Roswell Park Memorial Cancer Institute with Dr. Enrico Mihich studying the timing of chemotherapy to achieve synergy between treatment and immune response in leukemia. He was an NIH postdoctoral fellow with Dr. Lloyd Old at the Memorial Sloan Kettering Institute, where he defined the first human autologous antibody defined melanoma antigens prior to joining the faculty at the University of Michigan.

Dr. Carey is a professor of both pharmacology and otolaryngology-head and neck surgery here at the University of Michigan. He is also co-director of the Head and Neck Oncology Research Program. Dr. Carey also chaired the Department of Oral Medicine, Pathology, and Oncology in the School of Dentistry from 2001 to 2006. He has published more than 220 journal articles, authored 20 chapters and co-edited one book.  Dr. Carey has mentored hundreds of undergraduate, graduate, medical and post-doctoral students, including nine clinical department chairs.