This defense will be delivered both virtually and in Person in USB 1230. 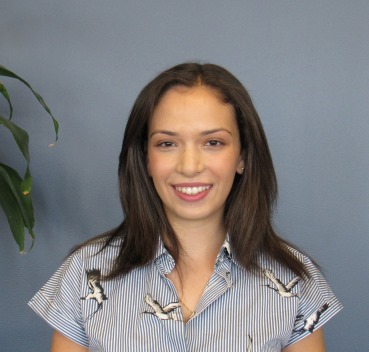 Evaluating and coping with stressful social events as they unfold is a critical strategy in overcoming them without long-lasting detrimental effects. Individuals display a wide range of responses to stress, which can manifest in a variety of outcomes for the brain as well as subsequent behavior. Importantly, how an individual responds during the initial stress exposure has the potential to shape future behaviors and susceptibility to stress-related disorders.

Chronic Social Defeat Stress (CSDS) in mice has been widely used to model individual variation following a social stressor. Following a course of repeated intermittent psychological and physical stress, mice diverge into separate populations of social reactivity: Resilient (socially interactive) and Susceptible (socially avoidant) animals. A rich body of work reveals distinct neurobiological and behavioral consequences of this experience that map onto the resilient and susceptible phenotypes. By contrast, we have less insight as to when and how the individual differences in social stress reactivity arise. In this thesis, we therefore sought to answer two questions: 1) when and how do individual differences to reactivity to social stress arise and 2) are there distinct patterns of neural network activation during the initial stress exposure that predict resilient and susceptible outcomes?

To address these questions, we focused on behaviorally characterizing resilient and susceptible mice before, during, and following CSDS. We found that behavioral coping strategies used by the mice early on during their initial social stress encounter can distinguish animals that will eventually be classified as resilient or susceptible. In particular, mice that will emerge as susceptible display greater escape behavior on Day 1 of social defeat than those that will emerge as resilient, indicating early differences in coping mechanisms used between the two groups. We further show that the final social avoidance phenotype in susceptible mice is specific to the aggressor strain and does not generalize to conspecifics or other strains, indicating that threat discrimination is heightened in susceptible mice.

The dilemma in the field has been that the resilience/susceptible classification requires several days to emerge and defining neural circuit activity on Day 1 that was predictive of future classification was a major challenge. We used novel mouse technology (termed FosTRAP) to capture brain-wide neural activation patterns elicited during the initial stress exposure, and to examine whether they predict the social outcome. We were able to identify selective brain areas and networks that showed a distinctive social defeat signature, as well as networks that were associated with coping behavior during the first encounter that was predictive of future susceptibility to social stress.

Our findings point to the initial experience with a social stressor as a major variable that impacts both brain and behavior to set the stage for the final social phenotype. The findings outlined in this thesis provide an important framework for characterizing temporal behavioral and neural dynamics of the stress response that elicit individual differences in the development of adaptive or maladaptive social behaviors.

Dalia will be working as a Senior Consultant at Trinity Life Sciences in New York City!