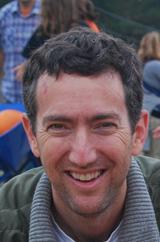 The rapid evolution of RNA viruses makes them particularly challenging targets for vaccines and antiviral drugs. However, a clearer understanding of their unique evolutionary dynamics may suggest novel approaches for control. Our research objective is to understand mechanisms of viral evolution as they relate to transmission and pathogenesis in infected hosts. We study aspects of evolutionary theory in the context of the host-pathogen interface using molecular virology, small animal models, and sequence data from clinical specimens.

We are particularly interested in aspects of mutation rate and mutational tolerance in poliovirus, influenza, and other RNA viruses. These viruses have extremely high mutation rates, which ensures that the vast majority of newly replicated genomes will be genetically distinct. High mutation rates are clearly a mixed blessing, however, since work in a number of systems indicates that most mutations are either lethal or highly detrimental to viral fitness. Therefore, a virus’ ability to buffer the negative impact of mutation may be an important contributor to its overall fitness. Consistent with this model, we have found that codon usage can influence the mutational robustness of poliovirus, its fitness in vitro, and its ability to spread within an infected host. More recently, we have studied the mutational tolerance of influenza virus and found that transversion mutations are generally more damaging than transitions.

Our studies of mutation rates have led us to develop a number of methods for measuring viral diversity within hosts, which we are now using to understand influenza virus dynamics in natural human infections. We have developed and empirically validated a next generation sequencing analysis pipeline to identify intrahost single nucleotide variants at ≥1% frequency in clinical specimens with ≥99.9% specificity. We have used this pipeline to analyze viruses collected as part of a randomized, placebo-controlled trial of vaccine efficacy. This large study of natural infections over 5119 person-years of observation defined the impact of vaccine-induced immunity on intrahost populations. Building on this success, we have an ongoing collaboration with colleagues at the School of Public Health to use deep sequencing of viruses from individuals in a household cohort to infer transmission events and to quantify the transmission bottleneck for respiratory viruses. By defining key population genetic parameters for influenza viruses in natural human infections, we hope to inform models of viral spread in households and communities.

Lauring, AS, Anderson, MM, and Overbaugh, J (2001) Specificity in receptor usage by FeLV-T: implications for the in vivo tropism of immunodeficiency-inducing variants. Journal of Virology, 75(19): 8888-8898.

McCrone JT and Lauring AS* (2016) Measurements of intrahost diversity are extremely sensitive to systematic errors in variant calling, Journal of Virology, 90(15):6884-6695. Selected for Spotlight feature by the editors.

Presloid JB, Mohammad TF, Lauring AS*†, Novella IS*† (2016) Antigenic diversification is correlated with increased thermostability in a mammalian virus, Virology, 496:203-214. Selected for Journal Highlights feature by the editors.

McCrone JT, Woods RJ, Malosh RE, Martin ET, Monto AS, and Lauring AS (2018) Stochastic forces constrain the within and between host evolution of influenza virus. eLife, 7:e35962.