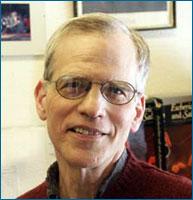 This laboratory uses bacteria to study basic questions relating to gene expression and applies this knowledge to the study of the expression of a bacterial virulence factor. Current interest focuses on two areas: (1) factors influencing modulation of transcription elongation and (2) regulation of expression of Shiga toxin from resident prophages. Phage lambda and other members of the lambdoid family of phages and their Escherichia coli host serve as the model system for these studies.

Shiga-like toxin: One serious public health problem that is of current concern is the infections caused by certain Escherichia coli strains, called Shiga toxin encoding E. coli (STEC). These strains have been implicated in outbreaks of hemorrhagic diarrhea that in some cases lead to serious sequelae such as severe kidney disease and even death. The major contributor to the virulence of these bacteria are the products of genes encoding Shiga toxin (Stx), a glucosidase that destroys ribosomal RNA of eukaryotic cells resulting in a loss of protein synthesis. The genes encoding Stx are carried in the genomes of resident prophages of the lambda family. We are exploiting the extensive knowledge gained over the years on the biology of lambdoid phages to characterize these stx-carrying phages. In particular, we are exploring how phage-encoded functions contribute to toxin expression and release.