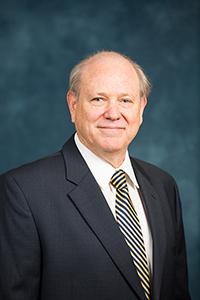 My laboratory is interested in the molecular mechanisms of bacterial pathogenesis. We are studying virulence mechanisms of uropathogenic Escherichia coli and Proteus mirabilis that cause urinary tract infection.

The urinary tract is susceptible to infection by bacteria. Indeed, urinary tract infection is one of the most common bacterial infections of humans. The most common bacterium that infects the urinary tract of healthy individuals is Escherichia coli. On the other hand, in patients who have urinary catheters in place, Proteus mirabilis often infects the bladder and causes stones to form there. The Mobley lab is interested in the pathogenic mechanisms used by uropathogenic Escherichia coli to cause urinary tract infection (UTI) in humans.  UTI is the most frequently diagnosed kidney and urologic disease and E. coli is by far its most common etiologic agent, accounting for more than 80% of uncomplicated UTIs in otherwise healthy individuals (the majority of infections affect women).  Recurrent UTI is common among girls and young nonpregnant women who are healthy and have anatomically normal urinary tracts. These infections are a main source of morbidity and health-care cost in this population. We have investigated the virulence mechanisms of this species for over three decades. The genome of type strain, E. coli CFT073, isolated by us from a hospitalized patient with acute pyelonephritis and bacteremia was sequenced and annotated in a collaborative effort.  We have identified 13 pathogenicity islands inserted into the genome and have characterized virulence determinants including P and type 1 fimbriae, flagella, hemolysin, and iron acquisition systems.  The latter proteins (siderophore- and heme-receptors), which are always highly expressed during infection, have been used by us to develop an experimental vaccine to protect against UTI.  In addition, using RNA-seq, we have determined the expression levels for all genes from E. coli CFT073 collected directly from the urine of experimentally infected mice and from women presenting with symptoms of cystitis. This identified all genes that were expressed in vivo. These studies identified novel transport systems induced specifically in humans during an active infection.

The Mobley lab is also interested in Proteus mirabilis, a cause of catheter-associated UTI.  There are currently >2 million patients residing in our 18,000 U.S. nursing homes. In these facilities, urinary incontinence, a very frequent complication, is treated with long-term (>30 days) urinary catheterization. Nearly 100% of these patients become bacteriuric, often leading to fever, bacteremia and death. Proteus mirabilis and related species, Providencia stuartii and Morganella morganii account for more than half of these infections.  Proteus mirabilis, a gram-negative enteric bacterium, differentiates between the vegetative swimmer cell and the hyper-flagellated swarmer cell. Individuals suffering urinary tract infections (UTI) caused by P. mirabilis and related urease-positive bacterial species often develop bacteriuria, kidney and bladder stones, catheter obstruction due to stone encrustation, acute pyelonephritis, and fever. We were first to characterize the ureases of these species using molecular techniques.  P. mirabilis uses biofilm formation and swarming motility to colonize indwelling urinary catheters, and then migrates through the urethra and into the bladder. The high level of urea (~0.4 M) in urine saturates the ureases within colonizing bacteria and thus the enzymes work at Vmax. The urea-induced transcriptional activator of urease, UreR, facilitates transcription of urease genes ureDABCEFG. Urease increases the local pH surrounding the bacteria and causes precipitation of calcium and magnesium salts; these crystals form a matrix in which the bacteria are found in high numbers. The environment within the bladder either selects or signals production of MR/P fimbriae, as >85% of the bacteria are expressing this surface structure two to four days after infection, as detected by the orientation of the mrp promoter that resides on an invertible element. MrpJ, a protein encoded by the mrp operon represses flagella synthesis. P. mirabilis produces many virulence factors during ascending infection, that when inactivated, attenuate the bacterium. These virulence proteins include urease, flagellin, autotransported proteases, hemolysin, MR/P (and numerous other) fimbriae, the type VI secretion system, and a number of metabolic enzymes.  Bacteria ascend the ureters by swimming motility, and the majority of bacteria within the lumen of the ureters are producing MR/P fimbriae. P. mirabilis swarms on solid surfaces such as catheters (and agar).  When swarming bacteria meet an opposing strain they deploy a type VI secretion system to inject toxic proteins into the opponent, killing them.

Finally, a common sequalae of UTI is the development of bacteremia, that is, bacteria in the bloodstream.  Six related bacterial species including E. coli, Klebsiella pneumoniae, Citrobacter freundii, Serratia marcescens, Enterobacter cloacae, and Acinetobacter baumannii caused more than 25% of bacteremia cases.  The Mobley lab is interested in identifying common fitness factors shared by this group of pathogens that allow entry into and colonization of the bloodstream.  To this end, we have conducted Tn-seq on all six of these species in murine model of bacteremia or pneumonia.  We are investigating common fitness factors identified in multiple gram-negative bacterial species. In addition, we have become interested in measuring in vivo growth rates for these bacteria in the UTI and bacteremia models using peak-to-trough sequencing technology.