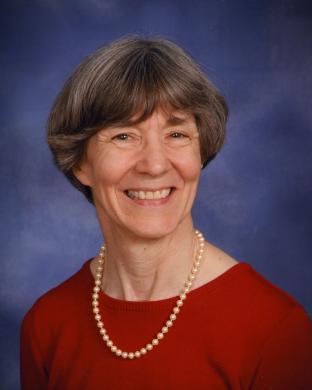 Kathy received a B.S. in microbiology in 1975 from Purdue University and a Ph.D. in biology in 1981 from the University of California, San Diego. She worked on two viruses in graduate school: the bacteriophage ΦX174 and vesicular stomatitis virus (VSV). For her dissertation with John Holland, she investigated the virus evolution during persistent infection by VSV. Kathy moved to UCLA for her postdoctoral work on adenoviruses with Arnie Berk, where she used molecular biology tools to characterize viral gene expression and viral replication.

Since the human adenoviruses are species-specific, in order to study viral pathogenesis she began studies with mouse adenovirus (MAV-1) in mice. Kathy’s first faculty position was in the Department of Genetics at the University of Georgia. Eighty-three people worked on MAV-1 in the Spindler lab in Athens. In 2002 Kathy moved to a position as Professor in the Department of Microbiology & Immunology at the University of Michigan. So far >100 people have worked in the Spindler lab in Ann Arbor, including three of the Bulldogs from UGA – two moved with her in 2002 and one came 10 years later (!).

My laboratory is investigating the molecular genetics of virus-host cell interactions in viruses that cause encephalitis. Our long-term studies have been on mouse adenovirus type 1 (MAV-1). Human adenoviruses cause 5-10% of respiratory illness in children and are associated with acute pneumonia in children in developing countries. Also, adenovirus infections are a serious complication of pediatric bone marrow transplants. MAV-1 affords us the opportunity to address adenovirus-host interactions in the natural host as well as in cell culture. By understanding how viral and cellular gene functions are regulated during infection, we can gain insight into disease processes.

MAV-1 causes encephalitis, due to breakdown of the blood-brain barrier (BBB). MAV-1 causes acute and persistent viral infections in susceptible mice via infection of cells of the monocyte/macrophage lineage and endothelial cells. Recent experiments have been directed at understanding the molecular mechanisms by which the virus disrupts the BBB to cause disease in the central nervous system (CNS). Using virus and mouse mutants, we have also investigated how the virus elicits the innate immune response, for example, whether through Toll-like receptors or the inflammasome.

A major cellular response to the stresses is the activation of eIF2a kinases through one of four mammalian protein kinases. The most well-known of these kinases responding to viral infection is PKR. Viruses have many ways to overcome the antiviral effects of PKR. We have found that MAV-1 depletes PKR from infected cells, an unprecedented mechanism for a DNA-containing virus. The virus does this by degrading PKR by a proteasomal mechanism. Another eIF2a kinase that is less well studied in virus infections in GCN2. Using mice genetically mutant in GCN2, we have found that GCN2 is antiviral for MAV-1 infections, particularly in macrophages. We are currently investigating the interactions between MAV-1 and PKR and GCN2. We are especially interested in the viral genes involved in PKR degradation and in cell-specific interactions of MAV-1 infected cells with host GCN2.