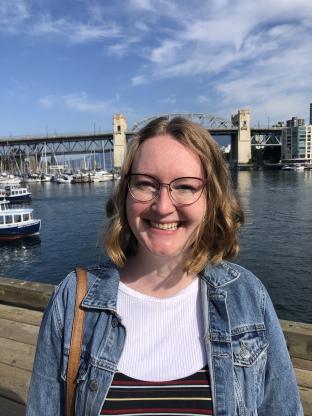 Madison Fitzgerald joined Dr. Harry Mobley’s lab as a graduate student in May 2019. After growing up in Kansas City, Missouri, Madison moved to Nashville, Tennessee to pursue a B.A. in Molecular & Cellular Biology and Women’s & Gender Studies from Vanderbilt University. As an undergraduate in Dr. Maria Hadjifrangiskou’s lab, she produced an honors thesis on observed differences in carbon metabolism in pathogenic vs. nonpathogenic Escherichia coli. In the Mobley lab, Madison is combining her interests in genetics and bacteriology by defining the regulon of an important Proteus mirabilis transcriptional regulator and dissecting the regulon's contribution to uropathogenesis. Her doctoral work was previously supported by the Genetics Training Grant (T32), and she was recently awarded an F31 from the National Institute of Diabetes and Digestive and Kidney Diseases. When not in the lab, Madison enjoys trying her hand at new recipes, singing in a graduate student a cappella group, and spending time with her cat Tycho.