After a two-season hiatus due to COVID-19, StrikeOut ALS knocked it out of the park in its return to the University of Michigan’s Ray Fisher Stadium (part of the Wilpon Baseball & Softball Complex).  The May 17 evening game saw an in-state rivalry battle as Michigan Baseball took on and narrowly defeated the Michigan State Spartans. 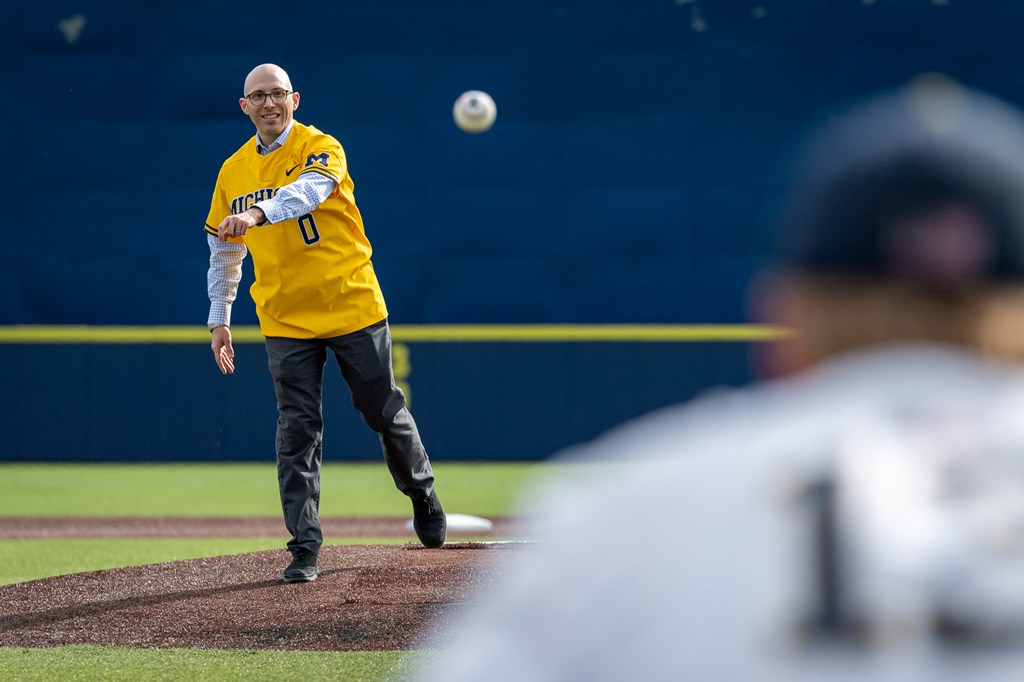 As play was ready to get underway, the announcer introduced the “ALS Awareness Game,” with a PSA lauding the critical work of the Michigan Medicine's ALS Center of Excellence and Pranger ALS Clinic.  He also explained why this cause was so important to Michigan Baseball.

U-M Head Coach Erik Bakich and Assistant Head Coach Nick Schnabel both played for East Carolina University during the 1999 and 2000 seasons under the direction of Head Coach Keith LeClair. In 2001, LeClair was diagnosed with ALS, and he passed away in 2006. Both Bakich and Schnabel still wear LeClair's number 23 jersey to honor their coach's memory.

Read more about this story. 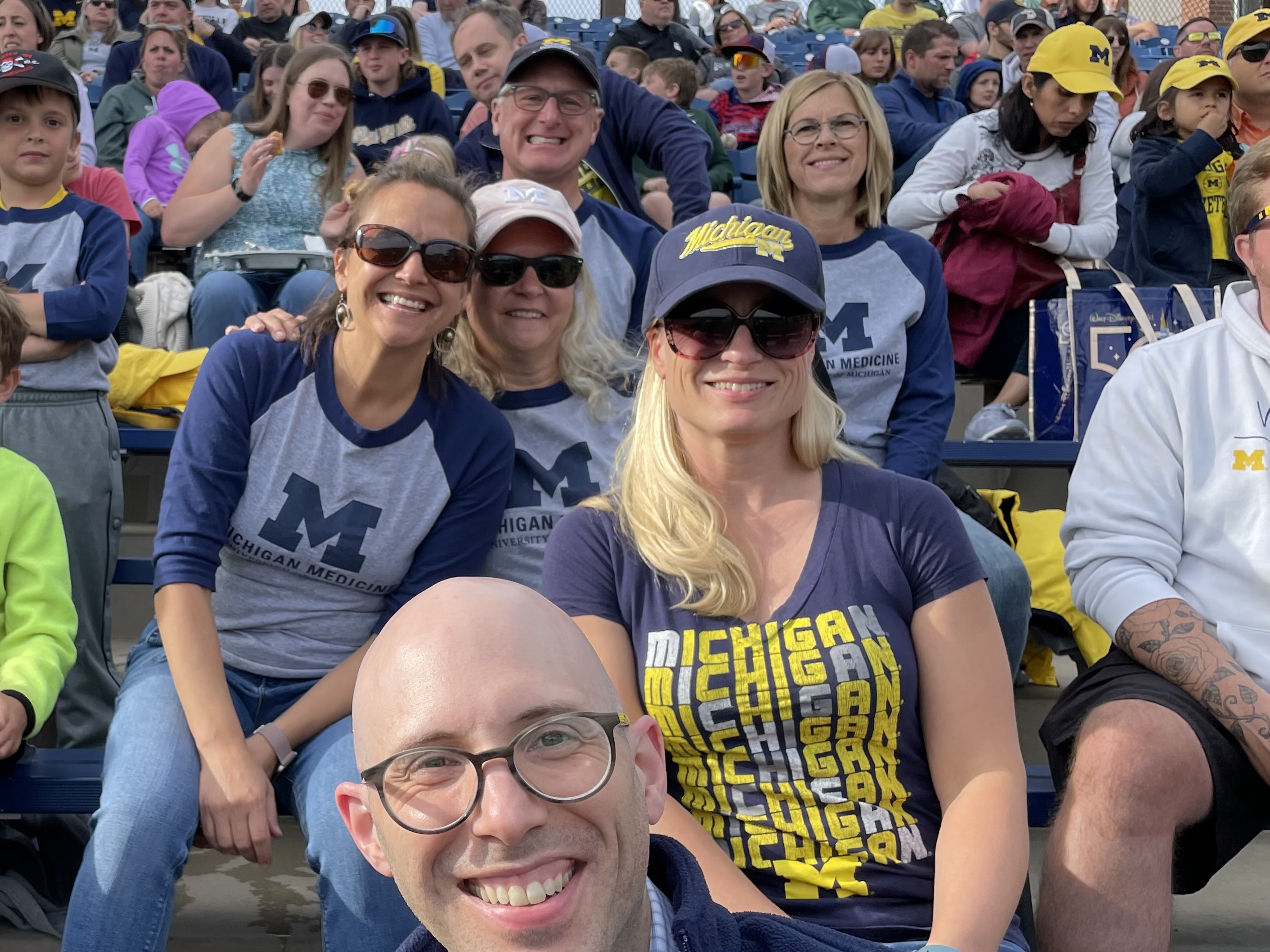 Staff from the Pranger ALS Clinic

To kick off the game, Pranger ALS Clinic Director Stephen Goutman, MD, threw an impressive ceremonial first pitch and wished the players luck, before heading to the stands to watch the game.  He was joined by his family; ALS Center of Excellence Director Eva Feldman, MD, PhD; Robert A. Epstein and Joan M. Chernoff-Epstein Emerging Scholar Ben Murdock, PhD; and many of the Pranger ALS Clinic staff, along with their families. 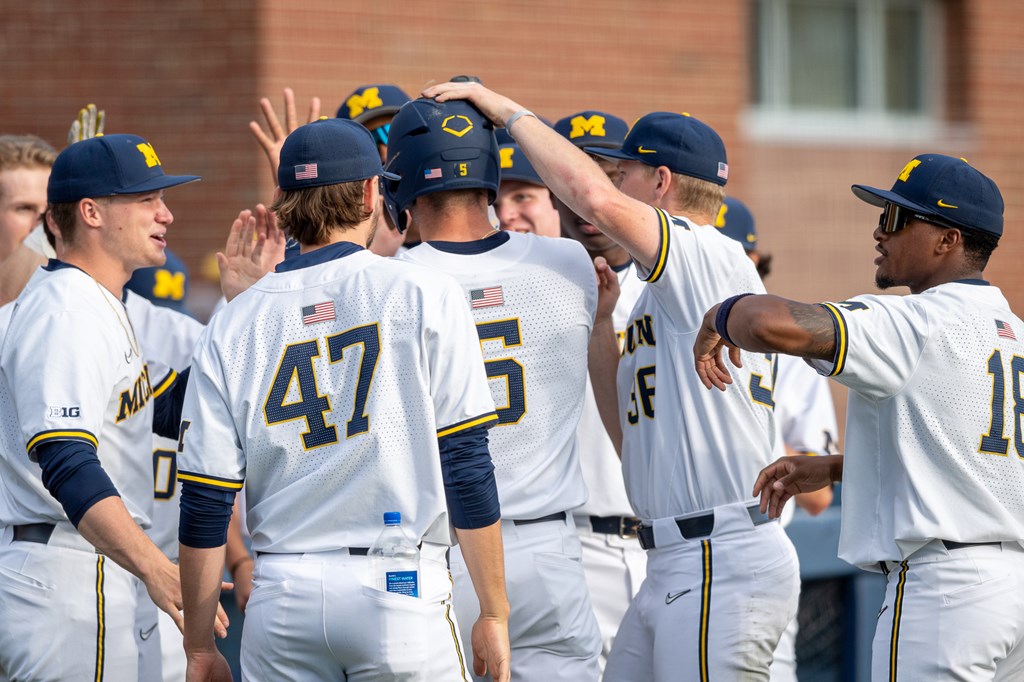 "A wild first inning saw MSU jump out to a 4-0 lead only to have U-M score nine times in the bottom of the frame with seven different Wolverines driving home a run. Jimmy Obertop had two hits in the inning, and Joe Stewart had a highlight-reel two-run double on a grounder up the middle.

Michigan State slowly climbed back into the game and trimmed the U-M lead to 9-7 in the fifth when it loaded the bases only to see freshman Avery Goldensoph come out of the bullpen and record a key strikeout to end the threat. The Saginaw native was credited with the win, improving his record to 2-2 on the season. 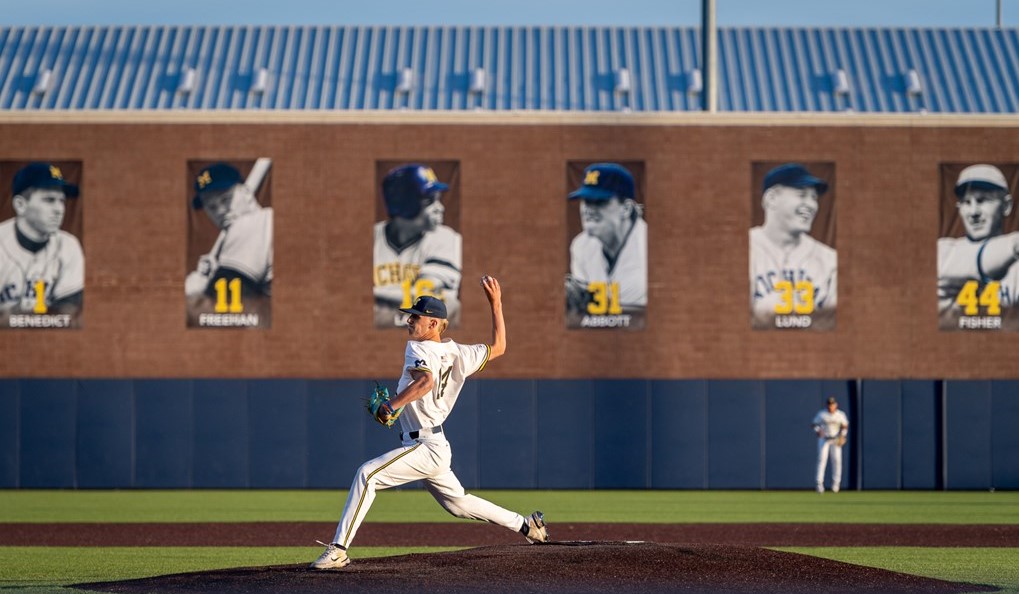 The Spartans scratched for another run in the seventh to make it a 9-8 game and loaded the bases only to be turned away again, this time by Willie Weiss, who struck out two MSU batters in crunch time.

Weiss was electric in his relief outing. The former freshman All-American fanned two more batters in the eighth inning and faced just three batters in the ninth, finishing the game with a double-play ball to complete 2.2 innings of hitless relief with four strikeouts for his third save. 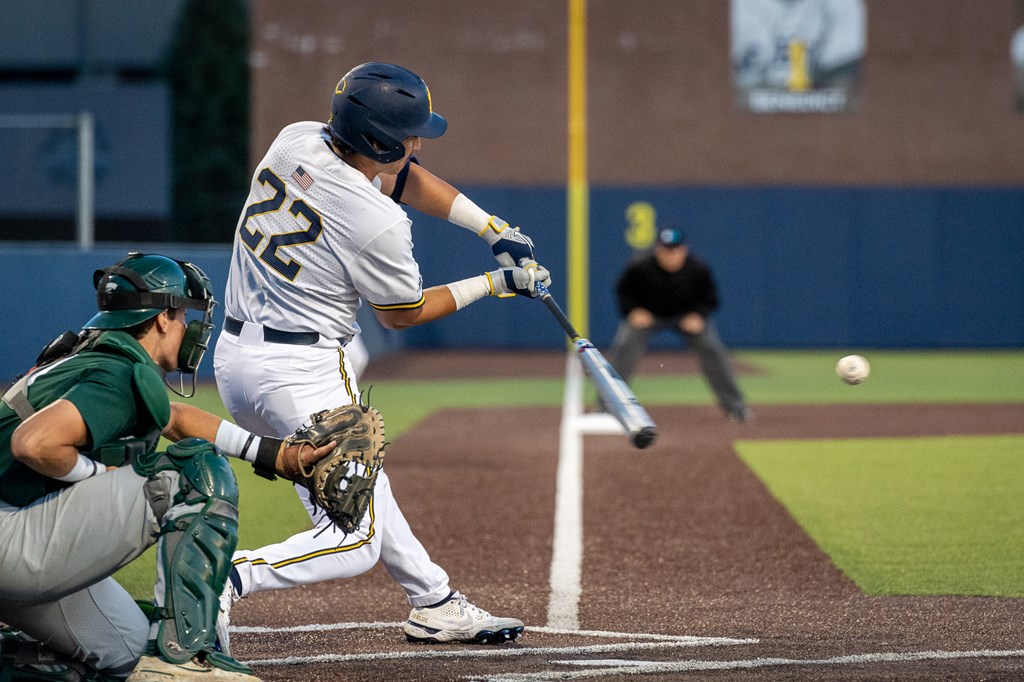 Tito Flores at the plate

Michigan took the momentum into the bottom of the frame where it scored twice on a bases-loaded walk and a sharp single to left from Tito Flores. MSU escaped its own jam thanks to a double-play ball and a pop-out to keep the score within reach at 11-8.

Stewart, the graduate transfer from Michigan State, had two hits and two RBIs while scoring three runs against his former team. He was joined with multiple hits by Matt Frey (2-for-2, 3 HBPs), Obertop, Flores and Riley Bertram. 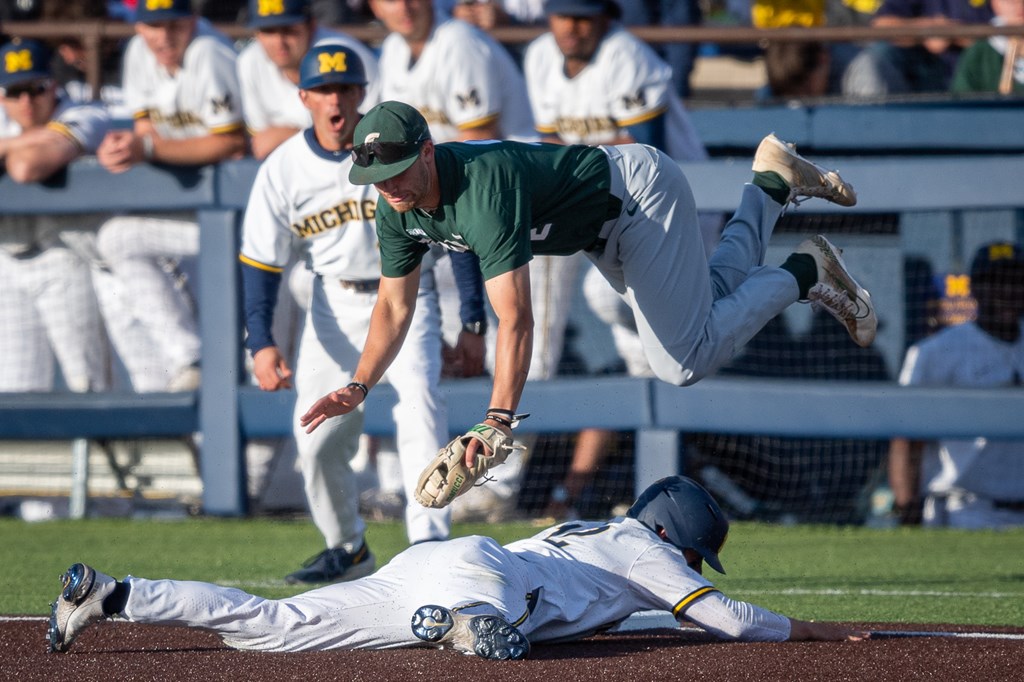 John Torroella made his Michigan debut on the mound as he works his way back from an offseason injury. The Brown University transfer struck out two batters in a scoreless inning of relief.

With the victory, the Wolverines completed a season sweep of the Spartans. Michigan, which took three games earlier in the season played in Lansing, has now won 16 of the last 18 games played in the series."