The NeuroNetwork's lead statistician shares how algorithms and machine learning are going to help prevent complications from diabetes and metabolic syndrom.

Diabetes and metabolic impairment are both increasingly problematic worldwide pandemics.  There were an estimated 463 million people worldwide with diabetes as of 2019 (31 million cases in the United States). At the same time, metabolic syndrome (MetS) is a problem for approximately 34% of adults. Both conditions are associated with multiple debilitating conditions, including nerve and kidney damage, which can severely impact the quality of life. 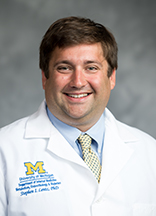 It’s clear to medical scientists that the two conditions are related, but can each be used in combination to predict future complications, thus revealing game-changing therapy targets? That’s what NeuroNetwork Lead Statistician and Post-Doctoral Fellow Evan Reynolds, PhD, wants to learn, and the National Institutes of Health (NIH) think he is just the researcher to do so. As proof, they recently presented him with a Pathway to Independence Award (K99/R00) to allow him to continue his work with that goal in mind.

We sat down with him to learn more.

The Plan of Attack:

Basically, this grant is going to be one of the first studies to look at whether details of long-term metabolic trajectories (measurements of metabolic risk factors over time) can be predictive of future diabetes complications, specifically kidney disease and neuropathy.

Past studies, ours included, have been typically much shorter in scope, looking at measurements over smaller periods or cross-sectionally (one point in time). Also, we often target patients who are already high at risk, like the morbidly obese. But what was happening to them in the early risk periods?

We want to understand the big picture and plan to look at decades of measurements in a uniquely systematic way using three powerful and complementary databases.

The Source, The Data:

Two of the three databases derive from cohorts of Pema Indians. The Pema Indians (who live primarily in Southern Arizona) exhibit high levels of diabetes, metabolic risk factors, and complications. The first cohort is a smaller group of Pima Indians, who have been followed for at least ten years, if not more, with extensive metabolic phenotyping. The second Pema cohort is a much larger group, which is more representative of the full Pema population. This group was followed for a shorter period, and, as with most cohorts, as it expands, the information becomes less detailed. 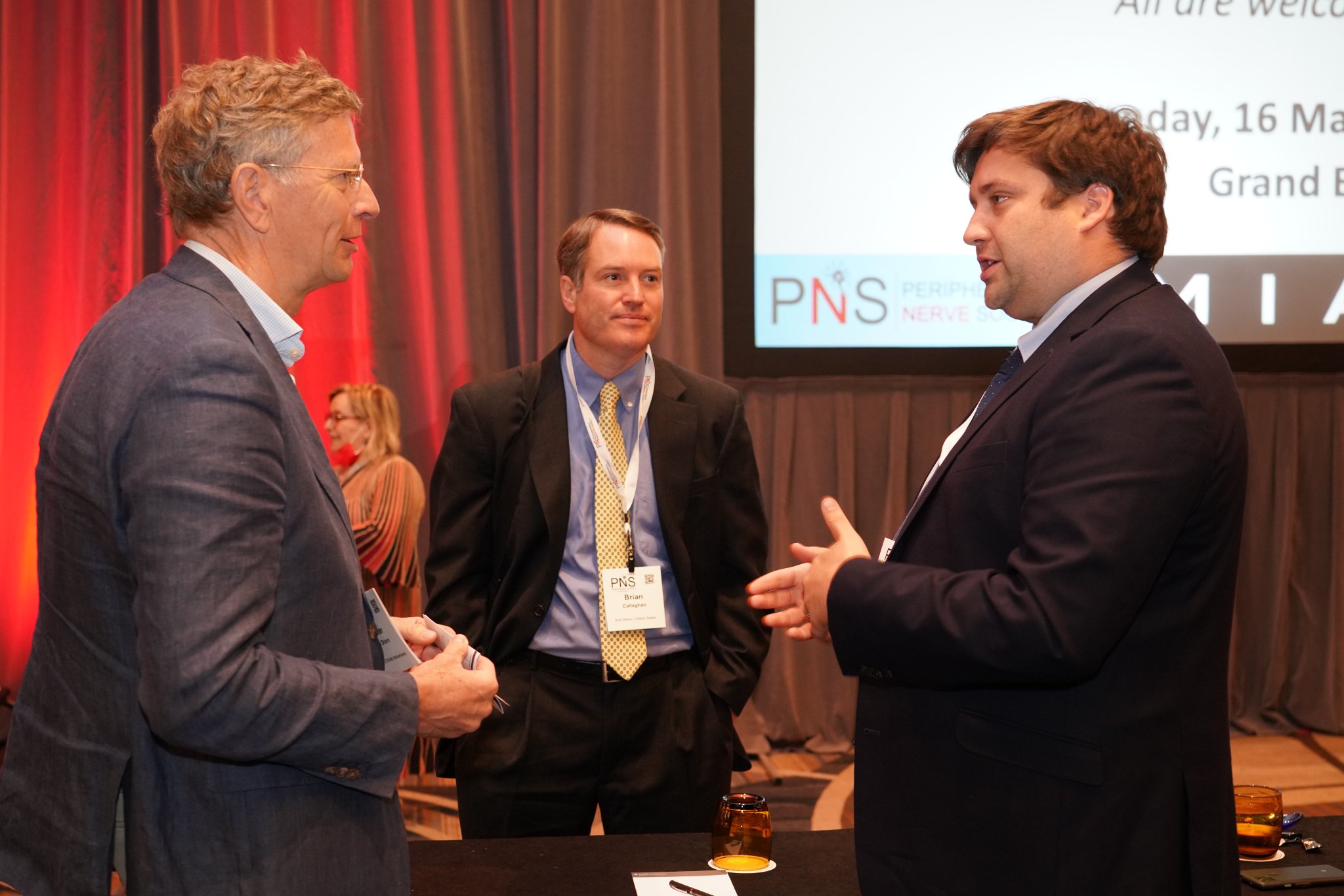 The third database that we will leverage is a large-scale data set from the Veterans Affairs corporate data warehouse. In other words, it’s a detailed medical record of basically every veteran with diabetes in the United States from 1999 onward. Of course, the records remain anonymous. There are more than 3.1 million individuals with diabetes in this database, and the number continues to grow. That is a lot of data to have at our fingertips on metabolic risk factors, but less detailed than the Pema cohorts.

Severe metabolic interventions—weight loss through diet, surgery, or exercise—have been unsuccessful in totally reversing complications such as nerve and kidney damage. So, in order to prevent these complications from arising, we have to look earlier in the patient’s clinical history. In the end, what we are trying to do is identify the key risk period where we could apply an intervention to these individuals, thus preventing complications.

As a young kid, I loved math. I’ve always been drawn to looking at how we can interpret our world through data. When I went for my undergraduate at Michigan State, I majored in statistics but didn’t have a clear direction of where that might go. While I was there, I was in an undergraduate mathematical biology training program, which basically took math and statistic students and paired them with biology labs. I worked on a few applied research projects, and that sort of gave me a taste of how important it can be to apply statistics and mathematical models to research data to improve how we live.

That’s where I turned my focus when looking at graduate school. A stats undergraduate degree by itself is limited. I was already in a mathematical biology program, so biostatistics was the obvious next step based on my interests since it is essentially statistics applied to biomedical science human health projects. So, I enrolled in U-M’s program, and through graduate student research assistantships, I got to work with Dr. Brian Callaghan. 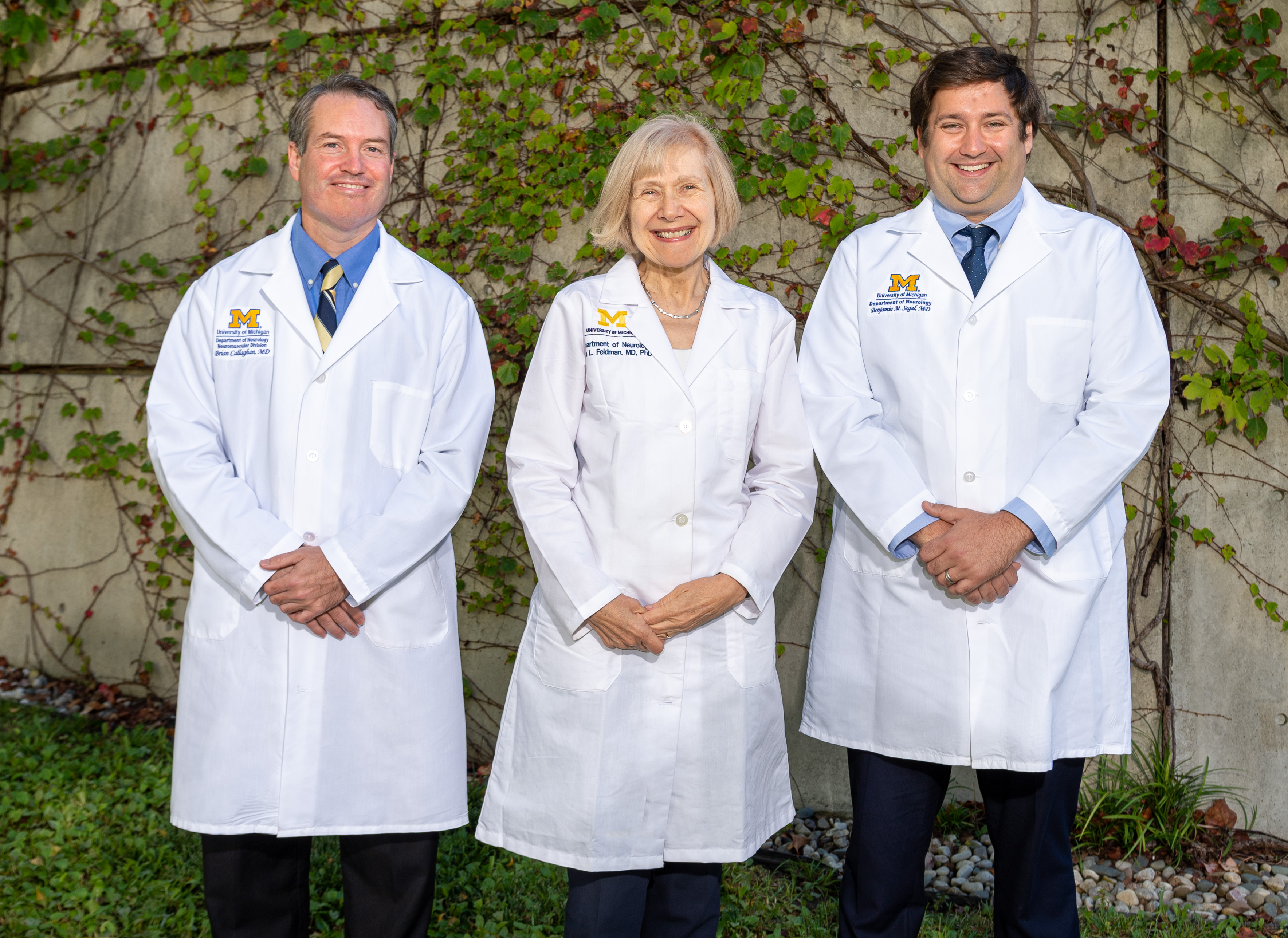 At the time I knew very little about diabetes and neuropathy.

A Match Made in Biostatistical Heaven:

I began working with Dr. Callaghan my third year of grad school, my first year as a PhD student. I was exposed to a variety of projects and really enjoyed working with him. With Dr. Callaghan as a mentor, it’s hard not to fall in love with the science of diabetes and neuropathy. I’ve stayed with Drs. Callaghan and Eva Feldman ever since.

I know it sounds corny, but I feel thus far my training is all interconnected and has led to this point. I have these statistical skills, but I learned that you can only do so much without a deep understanding of the clinical content. In an alternative world I could have been a freelance statistician, who goes from project to project, runs numbers, and moves on.

What I’ve learned from working with Brian and Eva is that a deeper understanding of the clinical context is what really opens doors to the types of analyses you can conduct. A big part of this grant is training, and my goal is to really become an expert in diabetes, diabetes complications, and metabolic risk factors so that I can pair these two sorts of unique skill sets to perform analyses that have never been done and find new groundbreaking results.