Bernard William Agranoff M.D. passed away on Friday, October 21, 2022. A giant in the field of neuroscience, he studied the biochemistry of the brain and was the first to show that memory requires protein synthesis. He made numerous other seminal discoveries and mentored over 60 trainees.

For 12 years, he directed and reshaped the Mental Health Research Institute (MHRI) at the University of Michigan (U-M) which has since been renamed the Michigan Neuroscience Institute (MNI). His contributions have been recognized with many honors, including election to the National Academy of Medicine (NAM) and the American Academy of Arts and Sciences. 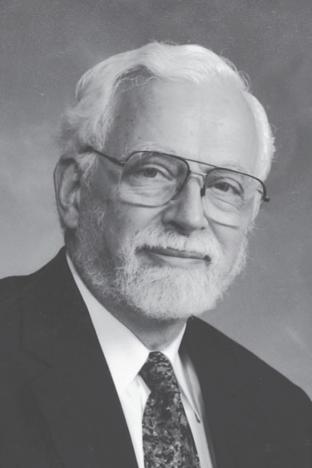 Dr. Agranoff was born in Detroit in 1926 and attended Cass Technical High School. Following graduation ‘Bernie’ entered the Navy Premedical Officer Training Program and was assigned to the University of Michigan, where he obtained a degree in Chemistry in only two years. He obtained an M.D. degree from Wayne State University in 1950 followed by a one-year post-doctoral study at MIT with Francis Schmitt, one of the founders of the field of Neuroscience.

In 1952 Bernie joined the Section of Lipid Chemistry at the National Institute of Health (NIH) directed by Seymour Kety, where he developed his long-standing interest in the role of lipids in cell signaling within the nervous system. Bernie made two key discoveries; first, he identified cytidine diphosphodiacylglycerol as a key precursor in the synthesis of phosphatidylinositol (25 years before the importance of inositol lipids in cell signaling was appreciated) and second, he elucidated the synthesis of isopentenyl pyrophosphate, a precursor in the biosynthesis of cholesterol.

In 1961, Bernie moved to the U-M as an Associate Professor of Biological Chemistry and member of the MHRI and was promoted to full professor in 1965. He continued his studies of phospholipids but was encouraged by Ralph Gerard, the Director of the Laboratories of the Institute, to explore the biochemistry of learning and memory. In the mid-1960s, Bernie published several groundbreaking studies demonstrating that protein synthesis was required for long-term memory formation. These led to an article in Scientific American on memory formation and protein synthesis that was reprinted 100,000 times with copies distributed to Schools, Colleges, and Universities. This article was the stimulus for several prominent neuroscientists to enter the field of neuroscience. Bernie was among the first to propose that neuroplasticity was essential for learning and memory. He used optic nerve regeneration in the goldfish visual system as a tractable model for uncovering the biochemical mechanisms underlying the brain’s capacity to remodel itself.

From 1983-1995, Bernie served as the Director of the MHRI. He recruited several faculty members into the Institute, moving it squarely towards neuroscience and focusing on the then-new molecular and genetic approaches to the study of the brain. He created a vibrant and highly collaborative scientific community that has remained at the core of the current MNI.

Among his many visionary contributions, Bernie foresaw the importance of human brain neuroimaging in understanding the neurobiology of brain disorders and played a seminal role in the establishment of a PET facility at U-M. Bernie was a great disseminator of scientific knowledge. He is one of the founding editors of the classic textbook, Basic Neurochemistry, now in its 50th year. He also served on the Editorial Boards of several journals.

Bernie received many accolades for his research including election to the National Academy of Medicine and to the American Academy of Arts and Sciences. He was a past President of both the American- and International Societies for Neurochemistry and served on the Society for Neuroscience council.

One of Bernie’s major legacies will be the number (60+) of graduate students and post-docs who trained in his lab. His trainees have gone on to successful careers and are all greatly indebted to Bernie for his mentorship and guidance over the years. His trainees, colleagues and friends will always remember Bernie’s friendship, his wonderful sense of humor, and the unforgettable culinary adventures provided by his wife, the late Ricky Agranoff, an accomplished and talented chef. Bernie is survived by his two sons, William and Adam Agranoff and their families. He will be greatly missed.