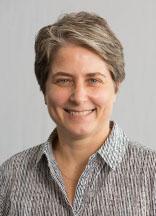 I received my PhD in Neurosciences and Behavior in the University of São Paulo, and my postdoctoral training at Beth Israel Deaconess Medical Center/Harvard Medical School, Boston-MA in Neurosciences and Neuroendocrinology. Following my postdoctoral training, I returned to Brazil to establish my independent research program in the Institute of Biomedical Sciences at the University of Sao Paulo, where I worked for about 10 years. In 2006, I came back to the United States (University of Texas Southwestern Medical Center/UTSW, Dallas - TX) for 1-year sabbatical and was invited to join the faculty at the Division of Hypothalamic Research. In November of 2012, I moved my laboratory to the University of Michigan, Ann Abor, MI and became a faculty in the Department of Molecular & Integrative Physiology and the Department of Obstetrics & Gynecology. Since 2017, I am the co-director of the Reproductive Sciences Program. My main research interest is neuroendocrinology and reproductive physiology. My laboratory aims to determine the neural and molecular mechanisms by which the metabolic imbalance disrupts reproductive physiology. To accomplish our goals, we use molecular biology tools, genetically modified mouse models and viral vectors for brain mapping and targeted deletion or re-expression of related genes.

Research in our laboratory is focused on determining the mechanisms by which metabolic imbalance disrupts the reproductive neuroendocrine axis. We give special attention to the neural and molecular basis of the adipocyte-derived hormone leptin action in reproductive control. Humans and mice with loss-of-function mutations in leptin or leptin receptor genes are obese, diabetic and infertile. Leptin administration to leptin-deficient subjects (but not weight loss alone) restores their reproductive function and, therefore, leptin is thought to play a key role as metabolic signal to the reproductive axis. The link between metabolism and reproduction has been known for decades.  It is well established that a minimum amount of stored energy is required to maintain the tone of the reproductive system. This concept is based on the idea that when survival is threatened by scarcity of food or increased energy demands, male and female of most species divert energy away from reproduction.  This includes sexual maturation, the production of reproductive hormones and gametes, and the maintenance of pregnancy and lactation. If excessive leanness occurs in young women, puberty is often delayed. On the other side of the spectrum, excess stored energy also negatively impacts fertility. Obesity aggravates polycystic ovarian syndrome, ovulatory dysfunctions and may induce hypothalamic hypogonadism. In men, increased adiposity is a recognized factor for infertility likely due to defective gonadal steroidogenesis. In addition, more recently, studies have proposed a link between the obesity epidemics and the increasing rates of advance in puberty onset in girls. Taken together, these findings demonstrate that changing levels of key metabolic cues (e.g., leptin, insulin, ghrelin) are intrinsic components of pubertal maturation and the reproductive health. In our research, we use a series of genetically modified mouse models, systems neuroscience and molecular tools.

Research funded by the NIH (NICHD and NIDDK) and Millendo Therapeutics.