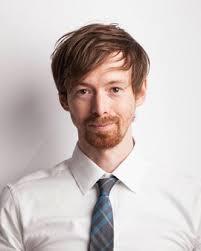 Dr. Burgess received his BSc and PhD from the University of Toronto in the Department of Cell and Systems Biology. After postdoctoral studies at Beth Israel Deaconess Medical Center, Harvard Medical School, he joined the faculty of Molecular and Integrative Physiology at the University of Michigan. Dr. Burgess also holds an appointment in the Molecular and Behavioral Neuroscience Institute.

Our lab focuses on the neural circuitry underlying learning and behavior. We are specifically interested in how motivation-, arousal-, and feeding-related circuits can modulate higher-order brain areas and their responses to salient, learned cues in the environment.

We use a combination of techniques and approaches to map neural circuits in mice, including neuroanatomy, behavior, optogenetics, and in vivo calcium imaging. The goal is to identify specific neuronal projections, record their activity during motivated behaviors & learning, and manipulate their activity to demonstrate a functional role in behavior. We are currently interested in how specific hunger and sleep promoting circuits in the hypothalamus can facilitate learning of, and appropriate responses to, motivationally relevant sensory cues.