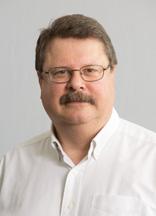 The major goal of my laboratory has been to understand basic mechanisms in the consequences and treatment of obesity, diabetes and related cardiovascular disease. Major focus has been on the role of PPAR (peroxisome proliferators-activate receptor) and mineralocorticoid (MR) transcription factors in inflammation, cell growth and cardiovascular disease (vascular and cardiac dysfunction in diabetes).

We have been determining the role of PPAR-γ in metabolic disease. We have recently used tissue specific knockout to rescue the lethal implantation defect to produce diabetic PPAR-γ null animals. Cell type specific knockouts have been produced to test the importance of tissues in the response to the clinically used PPAR-γ agonists (thiazolidinediones, antidiabetic agents). We are also investigating the role of PPAR-γ in insulin sensitization caused by the thiazolidinediones and the role of PPAR-γ in adipose tissue regrowth. The mineralocorticoid receptor (MR) is classically thought of as only regulating sodium and potassium absorption and excretion. However, its importance in cardiovascular disease has been more recently been appreciated. We are investigating the role of MR as a regulator of immune cells and inflammation. This is an exciting new area of particular clinical relevance in the use of MR antagonists in cardiovascular disease.