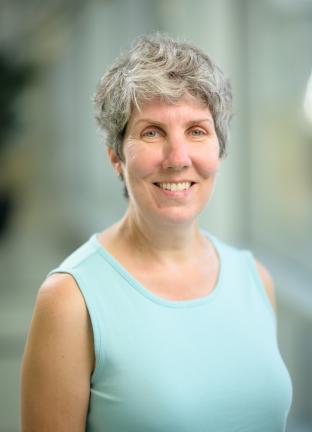 The overall goal of our laboratory's research is to understand the central neuronal processes underlying reproduction.  Work focuses on determining how gonadotropin-releasing hormone (GnRH) neurons produce the episodic release of GnRH required for fertility, as well as to understand the role of GnRH in presentation of various forms of hypothalamic infertility. GnRH neurons form the final common pathway for the central regulation of reproduction in all vertebrates. GnRH is released in a pulsatile pattern that is critical for release of gonadotropic hormones by the pituitary gland. Further, the frequency of GnRH release changes throughout the female reproductive cycle and these changes are prerequisite for shifting the relative levels of the two gonadotropins to allow for ovarian follicular development and maturation. Persistence of high frequency GnRH release that is not frequency modulated is a hallmark of polycystic ovary syndrome (PCOS). PCOS affects approximately 8% of women and is a major cause of infertility and other health problems. Despite their importance, the mechanisms underlying episodic GnRH release are not well understood. This phenomenon is often referred to as the "GnRH-pulse generator". To study this pulse-generator we use transgenic mouse models in which the jellyfish reporter green fluorescent protein (GFP) is genetically targeted to GnRH and their afferent neurons. These mice enable us to identify living neurons and study them using electrophysiological, imaging and molecular approaches. Our research focuses on four themes. First, we want to understand the basic electrophysiological properties of GnRH neurons and how these change developmentally, throughout the reproductive cycle and as a result of reproductive state. This includes determining if rhythmicity is an intrinsic property of these cells or emerges as a network property, understanding the biophysical events underlying rhythm generation, and studying how GnRH neurons communicate to produce synchronous hormone release. Second, we are examining the physiological feedback effects of gonadal steroids, to understand how these steroids alter the basic properties of GnRH neurons and their afferents to bring about changes in GnRH release. Third, we are investigating the mechanisms by which psychosocial stress inhibits GnRH neurons and thus fertility. Finally, we have generated models that reproduce some of the symptoms of PCOS, and are conducting experiments to understand how the function of GnRH neurons is hyperactivated in this disease state, and to provide models for reversing this phenomenon with a hope of someday transferring this knowledge to clinical care