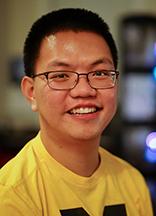 Thousands of proteins encoded by the vertebrate genome are secreted into the extracellular space. The conventional secretory pathway begins with the transport of newly synthesized proteins from the endoplasmic reticulum lumen to the Golgi apparatus, a process mediated by coat protein complex II (COPII) vesicles. Current data suggest that cargo packaging is an active process in which specific proteins are selectively recruited into a forming vesicle. This is mediated by COPII and transmembrane proteins called cargo receptors. To date, few cargo receptors have been identified in mammals and their specificity is poorly understood. My current projects focus on exploring the specificity of the cargo-cargo receptor interaction during the vesicle formation process. A better understanding of this interaction might reveal novel strategies to modulate the secretion of physiologically important proteins such as hormones, clotting factors, and lipoproteins.