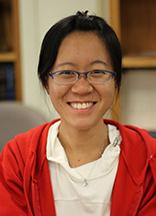 In vertebrates, the secretion of the gonadotropins, luteinizing hormone (LH) and follicle-stimulating hormone (FSH) by the pituitary is triggered by the pulsatile release of GnRH from neurons located in the preoptic area of the hypothalamus. In brain slices, GnRH neurons often exhibit an episodic action potential firing activity that is regulated by steroid feedback and resembles the pattern of LH release. There is no direct evidence, however, showing how GnRH neuron firing rate relates to GnRH release. To investigate this question, I am conducting simultaneous recordings of neuron activity using patch clamp and GnRH release using fast-scan cyclic voltammetry (FSCV). This information enables us to quantify the relationship between GnRH neuron firing and GnRH release as well as determine whether or not this relationship is modified by sex or steroid feedback.