Dr. Vartanian is a neurologist and biologist focused on determining the fundamental mechanisms causing demyelination in multiple sclerosis (MS) and defining new strategies to promote myelin regeneration in MS. He is a professor of Neurology and Neuroscience at in the Brain and Mind Research Institute at Weill Cornell Medical College of Cornell University in New York. From 1994-2009 he held faculty positions at Harvard Medical School in Neurology and Neuroscience, and led the MS Division at Beth Israel Hospital, Boston.  He was born in Detroit, studied chemistry at Oakland University, received his medical degree from the Pritzker School of Medicine at the University of Chicago, and his Ph.D. in Biochemistry and Molecular Biology from the University of Chicago.  Following an internship at the Brigham and Women’s Hospital, Dr. Vartanian completed his neurology residency at Massachusetts General Hospital. 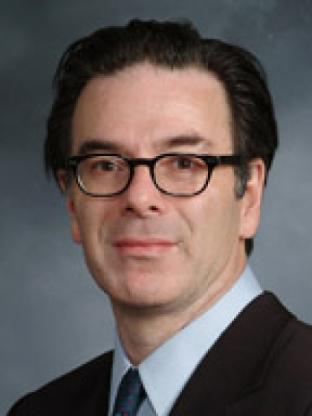 Timothy Vartanian, MD, PhD, a leading authority on neural regeneration has been named as the Director of the Judith Jaffe Multiple Sclerosis Center at NewYork-Presbyterian Hospital/Weill Cornell Medical Center. He is also appointed to the faculty of the Department of Neurology and Neuroscience at Weill Cornell Medical College.

Dr. Vartanian received his medical degree from the Pritzker School of Medicine at the University of Chicago, and his Ph.D. in Biochemistry and Molecular Biology from the University of Chicago. His internship, residency, and two research fellowships were at the prestigious Brigham and Women's Hospital, Massachusetts General Hospital, Beth Israel Hospital, and Harvard Medical School. Previously, he was chief of the Division of Demyelinating Diseases at Beth Israel Deaconess Medical Center and a member of the faculty of Harvard Medical School.

Dr. Vartanian has led research teams that have made groundbreaking discoveries in central nervous system remyelination, novel mechanisms of axonal degeneration and regeneration, and mechanisms of immune mediated injury to myelin and axons in multiple sclerosis. His research interests center on regeneration of the myelin internode in multiple sclerosis, preventing axonal and neuronal injury, and defining the complicated interactions between the immune and nervous systems.

His work has been published in top peer reviewed journals including the Journal of Cell Biology, the Proceedings of the National Academy of Science, the Journal of Neuroscience, Science, Nature, and the New England Journal of Medicine.

Dr. Vartanian is committed to providing state-of-the-art patient care and advanced treatments in a personalized environment.