Abstract: Attention and working memory are processes that enable the efficient prioritization or storage of a subset of available information. A substantial body of work has sought to determine the specific brain structures that support attention and working memory. To date, this literature has predominantly focused on the contributions of a limited set of cortical areas referred to as the dorsal attention network. The cerebellum, a subcortical structure traditionally implicated in motor control, has received scant consideration as a locus of attentional control, despite findings of robust anatomical and functional connectivity between cerebellum and dorsal attention network areas. In this talk, I will present the findings of a series of functional magnetic resonance imaging (fMRI) experiments aimed at elucidating the role the cerebellum in attention and working memory. Taken together, the results of these experiments argue for the reconceptualization of the dorsal attention network as a cortico-cerebellar network. 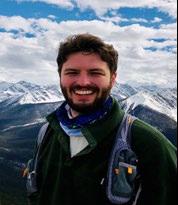 James Brissenden is a Postdoctoral Research Fellow in the Cognition, Control, and Action Lab in the Department of Psychology at the University of Michigan. He received his PhD in Psychological and Brain Sciences from Boston University under the supervision of Professor David Somers. His research is focused on better understanding the neural mechanisms that underlie visual attention and working memory using multiple complementary methods including fMRI, TMS and computational modeling of behavior. He has a particular interest in revealing the contributions of the cerebellum to visual attention and working memory processes