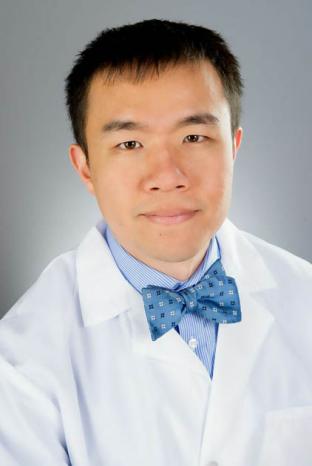 Sheng-Han Kuo, MD is a physician-scientist specializing in the ataxia and tremor. His research focus is to understand the role of the cerebellum in controlling movements as well as cognition. Dr. Kuo’s research team uses techniques of human neuropathology, animal models, optogenetics, in vivo recording, and neuromodulation to probe the cerebellar circuitry to elucidate the pathophysiological basis of ataxia and tremor.

Dr. Kuo is the Director for the Initiative for Columbia Ataxia and Tremor (ICAT), an interdisciplinary research group to study how the cerebellum plays a role in neurological and neurodegenerative disorders. He also serves as one of the tri-leaders for the Clinical Research Consortium for Spinocerebellar Ataxias, constituting 15 medical centers in the U.S. to study patients living with spinocerebellar ataxias. Aiming to promote research collaboration, Dr. Kuo organizes International Tremor Congress every other year, bringing researchers together to advance therapies for tremor. He was elected in 2020 as the Vice Chair for the Movement Disorders Section at American Academy of Neurology.

Dr. Kuo has received multiple scientific awards as the recognition of his contributions to neurology, including 2019 American Academy of Neurology Jon Stolk Award for Movement Disorders, and 2020 American Neurological Association Derek Denny-Brown Award.