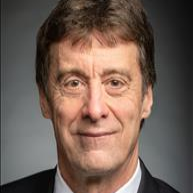 Dr. Douglas Zochodne is a Neurologist and Neuroscientist, Divisional Director of Neurology at the University of Alberta and Director of the Neuroscience and Mental Health Institute, UofA. His training included an MD and FRCPC in Neurology at the University of Western Ontario under the supervision of Dr. Charles Bolton and a research fellowship with Drs. Philip Low and Peter J. Dyck at Mayo Clinic. Dr. Zochodne’s career has included faculty positions at Queen’s University, Canada, the University of Calgary and more recently the University of Alberta. He has devoted his career toward understanding the biology and diseases of the peripheral nervous system. Dr. Zochodne’s roles have included Editor-in-Chief of the Canadian Journal of Neurological Sciences (1999-2007), President of the Peripheral Nerve Society (2009-2011) and lead on the Regeneration Unit in Neurobiology, University of Calgary (2009-2014). He is a Fellow of the Canadian Academy of Health Sciences. Dr. Zochodne has channeled his research role as an investigator of diabetic polyneuropathy and peripheral neuron regeneration. His most recent work emphasizes intrinsic molecular mechanisms involved in adult sensory neuron plasticity including unexpected roles for tumour suppressor pathways repurposed within neurons. His laboratory has been funded continuously since 1988 and it has published over 280 research papers and chapters including four books. His work currently focuses on identifying new molecular mechanisms of peripheral neuron plasticity, regeneration and resistance to diabetes. His laboratory is currently funded by CIHR,CDA/DC, and ADI.