Recorded Session
CME credit available, click here
Attendance must be registered within 6 months to be awarded credit.
Recorded archives of live activities are considered enduring materials. Viewing of a recorded session is for reference only, no CME credit can be claimed. 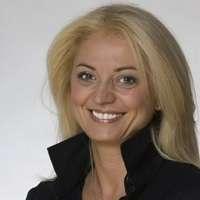 Majda Thurnher, MD is currently holding the position of Professor of Radiology at the Medical University of Vienna, Austria. She had started her career as a Neurology Resident at the Department of Neurology in Zurich, Switzerland, worked another year at the Department of Neurology in Vienna before she became a Neuroradiologist. Her primary research focuses on infections and inflammatory diseases of the CNS, advanced MR imaging techniques, and spinal imaging. Her educational activity resulted in 45 book chapters. In 2019, she co-edited the new ESNR textbook “Clinical Neuroradiology”, which currently represents The European Neuroradiology Teaching Book. Since 2016, she has also served as Co-director of the European Course in Neuroradiology (ECNR). She has served as President of the European Society of Neuroradiology (ESNR) from 2014 to 2016, and is currently the Chair of the Management Board of the European Board of Neuroradiology (EBNR). Professor Thurnher has delivered more than 430 invited lectures at national and international meetings.  She has been invited as a Guest Professor at numerous European and American Universities. She speaks and lectures in four languages.