Recorded session
CME credit available, click here
Attendance must be registered within 6 months to be awarded credit.
Recorded archives of live activities are considered enduring materials. Viewing of a recorded session is for reference only, no CME credit can be claimed.

"Deconstructing ALS- From Bedside to Bench (and back again)" 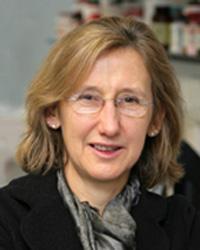 Orla Hardiman, BSc, MB, BCh, BAO, MD, FRCPI, FAAN, FTCD, MRIA is Professor of Neurology and  is Head of the Academic Unit of Neurology  at Trinity College Dublin and  Consultant Neurologist at Beaumont Hospital, where she is Director of the National Amyotrophic Lateral Sclerosis (ALS ) service.

She is a Science (BSc, Human Physiology 1979) and Medical (MB BCh BAO 1983)  (Doctor of Medicine 1992) graduate of University College Dublin.  She undertook a Residency and Fellowship  in Neurology at the Harvard Partners Programme Boston (1986-1991), prior to returning to Ireland.

A practicing clinical neurologist for over 30 years, she joined the academic faculty of Trinity College Dublin in 2013 as the first Professor of Neurology in modern times and was elected a Fellow of TCD in 2014. In 2016 she was one of only three practicing physicians to ever have been elected as members of the prestigious Royal Irish Academy (Science Division).

She leads  a research group of over 50  individuals in Neurodegeneration, with particular focus on  ALS and frontotemporal dementia.  She is  Co- Chair of the European Network for Cure of ALS (ENCALS) and the European Treatment Initiative to Cure ALS (TRICALS)  and is  Editor in Chief of the journal Amyotrophic Lateral Sclerosis and the Frontotemporal Degenerations.

She is the recipient of a number of international awards including the AAN  Sheila Essey Award in ALS Research, and  the International ALS Alliance Forbes Norris Award.  She has published over 420 peer reviewed articles, and her h-index is 75 (Scopus) .