Recorded session
CME credit available, click here
Attendance must be registered within 6 months to be awarded credit.
Recorded archives of live activities are considered enduring materials. Viewing of a recorded session is for reference only, no CME credit can be claimed. 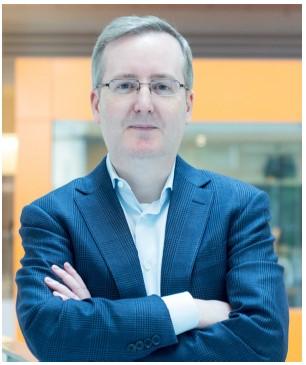 Dr. Bryan Traynor, M.D., Ph.D., is a neurologist and Senior Investigator at the National Institute on Aging and the National Center for Advancing Translational Sciences, and adjunct faculty at Johns Hopkins University and Queen Square Institute of Neurology, UCL. Dr. Traynor is best known for his work aimed at understanding the genetic etiology of amyotrophic lateral sclerosis (ALS) and frontotemporal dementia (FTD). He led the international consortium that identified pathogenic repeat expansions in C9orf72 as a common cause of ALS and FTD. Other genes discovered by his laboratory as causes of ALS and FTD include VCP, MATR3, KIF5A, SPTLC1, and HTT. He has over 200 publications in professional journals, sits on the editorial boards of JAMA Neurology (2017–2021), JNNP, and Neurobiology of Aging, and is an associate editor for Brain. He has received numerous awards for his work including the NIH Director’s award, the Derek Denny-Brown award, the Sheila Essey award, and the Potamkin Prize, and has been elected fellow of the American Neurological Association, the Royal College of Physicians of Ireland, and the Royal College of Physicians (London).

He received his medical degree, a Medical Doctorate, and a Doctor of Philosophy from University College Dublin. He also received a Masters in Medical Science from HST Harvard-MIT. He completed a Neurology residency and fellowship training at Massachusetts General Hospital and Brigham and Women's Hospital, Boston, and was a Staff Neurologist at Harvard Medical School and Massachusetts General Hospital before moving to the NIH in 2005.