Recorded session
CME credit available, click here
Attendance must be registered within 6 months of attendance to be awarded credit.
Recorded archives of live activities are considered enduring materials.
Viewing of a recorded session is for reference only, no CME credit can be claimed.

"Recalibrating Translation for Parkinson's: from Progression to Prevention Trials" 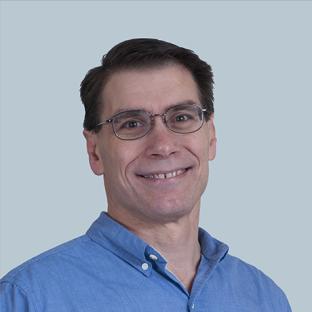 Dr. Schwarzschild directs the Molecular Neurobiology Laboratory at the Mass General Institute for Neurodegenerative Disease at MGH, pursuing translational Parkinson’s disease (PD) research by investigating the interaction between environmental and genetic influences on animal models of PD. His lab discovered the neuroprotective properties of adenosine A2A receptor blockers including caffeine in pre-clinical models of the disease, and more recently a metabolomics link between caffeine metabolites and resistance to PD among LRRK2 mutation carriers.

Through cross-disciplinary collaboration with epidemiologist Dr. Alberto Ascherio of the Harvard School of Public Health, Dr. Schwarzschild and his colleagues investigated why disease progression is mild in some and rapid in others. They showed that the antioxidant and adenosine metabolite urate can serve as a predictor of not only the risk of PD, but also the rate at which it progresses. Based on convergent epidemiological and lab findings their group has fostered or led several disease-modification trials, including those of urate elevation, adenosine receptor blockade, anti-inflammatory agents and exercise.

Dr. Schwarzschild leads the Parkinson Study Group (PSG), a network clinical trialists conducting trials at over 140 credentialed PD clinical site across North America, having been elected by its membership to successive terms from 2012 to 2024. He co-developed an ongoing Planning for Parkinson’s Prevention trial design symposium series. He serves as an advisor to several PD research programs, including those of the Michael J. Fox Foundation, Parkinson’s Foundation (PD-GENE), Cure Parkinson’s, NIH (SPARX3 phase 3 exercise and TOPAZ trials), and several industry trials. At MGH he works with Parkinson's patients and their families in his weekly movement disorders clinic.