Attendance must be registered within 6 months of attendance to be awarded credit.

Viewing of a recorded session is for reference only, no CME credit can be claimed.

“From Underlying Mechanisms of Symptoms to Treatment in PD: Lessons from Freezing of Gait” 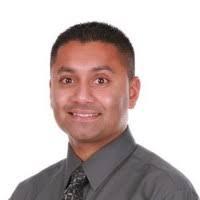 Dr. Quincy Almeida is a human movement scientist with a Ph.D. in behavioral neuroscience and kinesiology. He is the Director of the newly established Parkinson’s & Neurological Disorders programs at  Carespace Health & Wellness facilities here in Canada. He is also the founder of the Movement Disorders Research & Rehabilitation Consortium, and cross-appointed to the School of Optometry at the University of Waterloo.

Dr. Almeida has won several awards including the Polanyi Prize for Physiology and Medicine, the Queen’s Elizabeth II Diamond Jubilee medal, the Franklin Henry Young Scientist Award for Motor Control, and the North American Society for the Psychology of Sport and Physical Activity Early Career Distinguished Scholar Awards. With over 100 peer-reviewed publications in journals such as Lancet Neurology, Movement Disorders, and Neurorehabilitation & Neural Repair, Dr. Almeida focuses on underlying mechanisms of the symptoms of Parkinson’s and then translating them into therapeutic interventions for those living with neurodegenerative conditions such as Parkinson’s disease, such as the popular and evidence-based PD SAFEx exercise program.

His research has been funded by the Canada Foundation for Innovation, Canadian Institutes for Health Research, and the Michael J. Fox Foundation. Dr. Almeida is a site principal investigator for the Canadian Consortium for Neurodegeneration and Aging SYNERGIC trial and COMPASS-ND. Currently, he is the site PI for one of only 2 Canadian sites (of 28 sites across North America) involved in NIH’s largest investment in rehabilitation to slow the progression of PD, known as SPARX3.