Attendance must be registered within 6 months of attendance to be awarded credit.

Viewing of a recorded session is for reference only, no CME credit can be claimed. 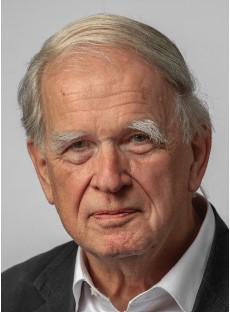 J. van Gijn (1942) studied medicine in Leiden, The Netherlands. After a spell of social psychiatry during military service, he was trained as a neurologist, at Rotterdam University Hospital and at the National Hospital, Queen Square (1971-1975). He was awarded an MD for the thesis ‘The plantar reflex - a historical, clinical and electro­myographic study’ (Rotterdam, 1977). From 1983 to 2007 he was professor and chairman of the department of Neurology of the University Medical Centre (UMCU) in Utrecht. His main research subject was cerebrovascular disease, ischaemic or haemorrhagic. Additional interests included somatization and the history of neurology. After his formal retirement, he continued seeing outpatients for 5 years. He then pursued his historical interests by studying Latin (BA, University of Amsterdam) and History and Philosophy of Science (MSc, University of Utrecht). He subsequently wrote a book on the history of stroke, due to appear in the spring of 2023.