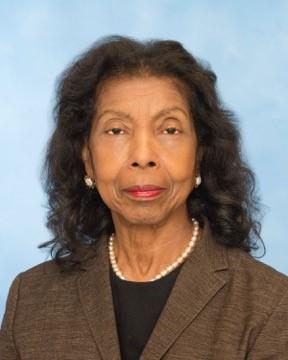 Gail J. Francis MD, FAAN, joined the University of Michigan's Faculty of Neurology as an Adult Neurologist and Clinical Instructor in August 2019 .

Dr. Francis  previously practiced adult neurology, and was a partner, with the Minneapolis Clinic of Neurology, a large practice with more than 30 neurologists with subspecialty areas of expertise. She was with this group over twenty years, prior to her appointment at the University of Michigan.

Graduating with an MB BS degree from the University of the West Indies (a former affiliate of the University of London School of Medicine) in 1975, she completed rotating  internship, and Critical Care and internal medicine at the Kingston Public Hospital and the Bustamante Children's Hospital (1975-77).

Dr. Francis' credentials include starting a residency in Neurosurgery in Kingston, Jamaica in a joint program with Edinburgh University but emigrating to the USA she completed a fellowship in Neurosurgery at Long Island Jewish-Hillside Medical Center (affiliate of Albert Einstein University School of Medicine) in 1983; followed by residency in Neurology at Nassau County Medical Center (State University of New York-Stonybrook) 1983-1986, (chief resident 1985-1986). She completed a fellowship in Neuroimmunology/MS at  Brigham & Womens Hospital - Harvard Medical School, under Director Howard Weiner, MD and David Hafler MD - Harvard Medical School, in 1987, and was appointed a Clinical Instructor at Harvard Medical School. Dr Francis completed a fellowship in Clinical Neuro Aids at the University of Minnesota Hospitals & Clinics under Director Richard Price MD (currently Professor of Neurology - UCSF School of Medicine) in 1991.

Dr. Francis' continuing interest in global neurology has taken her as an HVO volunteer to underserved teaching hospitals in Bangalore, India (2015); Bhutan (2017); and Lusaka, Zambia (2018) under the aegis of Johns Hopkins University's Department of Neurology.

Interest in collaborative work through Global REACH association at the University of Michigan, partnering with countries with limited resources with a focus on providing neurological education for non neurolgist -physicians, and with  particular interest in identifying and treating neuroinfectious and neuroinflammatory disorders, NMO spectrum and other disorders, which may often be undiagnosed and globally statistically underrepresented in research studies.