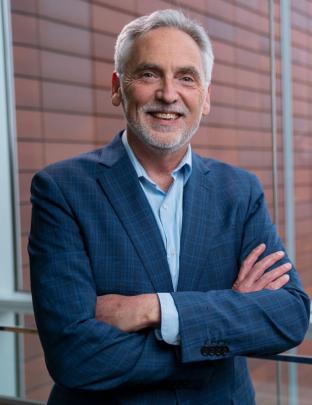 Dr. Paulson's research and clinical interests concern the causes and treatment of age-related neurodegenerative diseases, with an emphasis on polyglutamine diseases, Alzheimer's disease and frontotemporal dementia. In 1997, his lab described abnormal protein aggregates in the polyglutamine diseases, which now are recognized as a pathological hallmark in this class of inherited diseases. Using test tube, cell-based and animal models, he has contributed to advances in the understanding of various neurodegenerative diseases. His lab also helped pioneer the use of gene silencing methods as potential therapy for the many neurological disorders caused by "toxic" mutant genes.

A new round of funding from Michigan Drug Discovery is bolstering cutting-edge drug discovery technologies at the University of Michigan. The $320,000 in funding reflects MDD’s focus on securing new tools and platforms to support drug discovery research across the university.

As physicians and health policy experts debate the merits of Aduhelm, the first new drug for Alzheimer’s disease approved in 18 years, patients want to know: “Will this medication help me — and how much?”

Data from clinical trials of three experimental Alzheimer’s disease drugs expected to start emerging next year could help shed light on whether U.S. regulators were justified in their controversial approval of a Biogen Inc