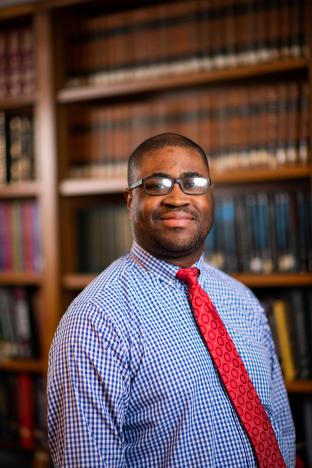 Jimmy Berthaud, MD, MPH is an Assistant Professor in the Department of Neurology at the University of Michigan Medical School. He has completed subspecialty training in Vascular Neurology with extended clinical training over two years. Dr. Berthaud has expertise in the prevention, diagnosis, and management of cerebrovascular disease with research interests that include intracerebral hemorrhage outcomes and stroke genetics. He received his Bachelor’s degree from Belmont University in Nashville, TN. He also received two Master’s degrees from Columbia University in the City of New York, including a Master of Public Health degree from the Joseph L. Mailman School of Public Health in 2009. He received his MD from Meharry Medical College in 2012 where he graduated with honors and was elected a member of Alpha Omega Alpha Medical Honor Society. He completed his medical internship and neurology residency at Tulane Medical Center in 2016. He then completed a two-year vascular neurology fellowship at the University of Virginia Medical Center in 2018.

Dr. Berthaud is the Director of Educational Activities in the Adult Neurology Residency Program. He is also involved with the Vascular Neurology Fellowship at the University of Michigan. He greatly enjoys teaching and training medical students, neurology residents, and stroke fellows. He is interested in neurology curriculum development along with promoting neurology education for non-neurologists.