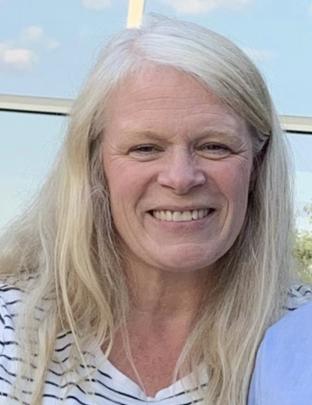 Dr. O'Brien earned a bachelor's degree with honors in physiology from the University of Leeds, United Kingdom in 1992. In 1998 she gained a PhD in neonatal physiology from Keele University, United Kingdom under the mentorship of David P. Southall, MD. The title of her PhD thesis was "Oxygen saturation and its relationship with breathing patterns in healthy full term infants throughout their first 24 hours of life".

Dr. O’Brien completed post-doctoral work in maternal and infant health research and worked with a group focused on Sudden Infant Death Syndrome (SIDS). After monitoring many babies overnight, Dr. O'Brien decided to learn more about the role of sleep in health outcomes and relocated to the United States in 2001. She completed a post-doctoral fellowship in pediatric sleep research at the University of Louisville, KY with David Gozal, MD. In 2006 she was recruited to the faculty at the University of Michigan as an Assistant Professor by Ron Chervin, MD, MS, was promoted to Associate Professor in 2011 and Professor in 2022.

Dr. O'Brien's primary research interests include the impact of sleep disruption in pregnancy and the association with adverse maternal and fetal outcomes, including fetal growth restriction and stillbirth, as well as intervention therapies to optimize sleep in the perinatal population. She was responsible for developing collaborations between the Division of Sleep Medicine and the Department of Obstetrics and Gynecology and has held several NIH grants, foundation grants, and donor funds in support of this work. In addition to pregnancy, Dr. O’Brien’s work includes the impact of sleep disruption on fertility/infertility. She is also involved in clinical trials of treatment of sleep-disordered breathing in children, both in typically developing children and those with medical conditions such as cerebral palsy, Trisomy 21, cleft palate repair, craniofacial anomalies, and Williams Syndrome. Dr. O'Brien participates in the training of sleep medicine fellows and acts as a mentor for students, post-docs, fellows, and junior faculty interested in sleep research. She has published over 140 original manuscripts, over 35 invited reviews and book chapters, and has given numerous invited lectures around the world. In addition, she serves on NIH study sections, is part of the Medical Advisory Team of the Star Legacy Stillbirth Foundation, and has served as a reviewer for over 90 medical journals, including the American Journal of Perinatology, American Journal of Respiratory and Critical Care Medicine, Archives of Disease in Childhood, British Medical Journal, British Journal of Obstetrics and Gynecology, Human Reproduction, International Journal of Gynecology and Obstetrics, New England Journal of Medicine, Obstetrics and Gynecology, Pediatrics, Sleep, Sleep Medicine, Thorax, and The Lancet.

Survey Finds a Need For Pet Care During Hospitalizations

Tiffany Braley, M.D., M.S. , an associate professor of neurology at University of Michigan Health, was surprised when a patient she was caring for explained why they needed to go home from the hospital as soon as possible: their pets.