March Madness With a Dose of Sleep Science

For one sleep scientist, the circadian rhythm could be key to a great March Madness bracket.

When it comes to March Madness, Cathy Goldstein, M.D., M.S., might have an edge over her fellow bracketologists.

The neurologist at Michigan Medicine’s Sleep Disorders Centers combines her basketball fandom and sleep science expertise as she makes her selections. Below, she explains how circadian rhythm plays into her picks.

What are circadian rhythms?

Goldstein: Circadian rhythms are the body’s 24-hour biological processes that help us react in an appropriate manner to the daily light-dark cycle. The most apparent circadian rhythm is the sleep-wake cycle. Your internal clock promotes being asleep at night and being awake during the day. Light is the biggest factor that modifies our circadian rhythm — lots of light in the evening can make us more of a night owl, while bright light in the morning can make us more of a morning lark.

How does the circadian rhythm relate to college basketball?

Goldstein: Along with sleep, there are also circadian rhythms for performance, and we don’t perform as well when our body thinks it’s time to be asleep.

About two hours before your normal bedtime, your melatonin starts to rise. For example, if you are typically asleep by 11 p.m., your melatonin will start to rise at about 9 p.m. You’ll get sleepy, your body temperature will drop, and physical performance declines.

Research shows that the peak time for athletic performance is late afternoon and early evening. That means the college basketball teams playing at a biological late afternoon or early evening time have a circadian advantage, a term coined by sleep specialist W. Christopher Winter.

How do you make a March Madness prediction based on circadian rhythm?

Goldstein: A lot of travel is involved for the March Madness games, so I investigate where each team is from, where the game is located, and what time the game starts. Just because the clock on the wall changes doesn’t mean your internal clock does. So the players’ internal clocks will be set to their home time.

Goldstein: No, this is a different scenario than jet lag because the trips are so short that the players’ bodies won’t align to the new time zone before the game. Their bodies will stay on the time of origin, which could be an advantage or a disadvantage depending on game time and location.

What should the team with the circadian disadvantage do to overcome it?

Goldstein: If your team is playing at a time that would normally be very late in the evening, you are at a circadian disadvantage. I suggest those players try to align their internal clocks to the game time by pushing their body clock later. That means sleeping in, practicing at night, and using bright light in the evening to suppress melatonin and delay the circadian rhythm.

Alternatively, if you’re playing an early game, I suggest you practice at that time and get bright light in the morning to push your body clock earlier to enhance performance earlier than your body is used to.

Does circadian advantage apply to other athletes, too?

Goldstein: It does! Circadian advantage was originally coined by sleep specialist W. Christopher Winter and refers to performance contributions of biological time.

One of the best examples of how circadian rhythms can impact wins is from NFL Monday Night Football. When West Coast teams head east to play East Coast teams for a night game, remember that just because the clocks on the wall change doesn't mean your internal clock changes (it takes approximately one day per time zone).

For example: if the 49ers are playing the Jets for a game which starts at 8:30 p.m. Eastern, the 49ers are playing biologically at 5:30 p.m., which coincides with the time of peak physical performance from a circadian standpoint (late afternoon/early evening). When researchers analyzed 40 years of Monday Night Football, the west coast teams beat the point spread twice as often as the east coast teams!

Should I change my whole bracket now?

Goldstein: Don’t get out the eraser just yet! In the end, performance is complicated, and there are many other factors that will have greater impact on success on the court than circadian rhythms.

It certainly doesn’t apply to all the games, but for the matchups that cross time zones, especially when the teams have similar standings, circadian science is my key.

The age of the players may be a factor, given how many college students are night owls. A recent study showed a strong correlation between the number of late chronotypes (night owls) and the time of a team’s peak performance, with peak performance being later. Frequent travel and changing game times may have shifted players’ internal clocks, too, and reduced the circadian advantage over time.

Sleep duration is critical, too. In a study of Stanford basketball players, when sleep duration was extended an average of 100 minutes for five to seven weeks, researchers saw increases in speed, shooting accuracy, free throw and three-point percentages.

It comes down to this: Well-rested players may have performed better regardless of circadian timing.

March Madness With a Dose of Sleep Science 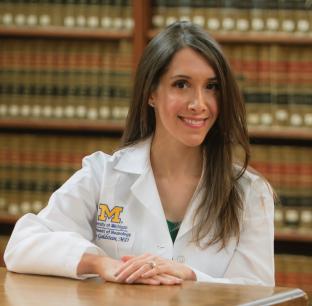