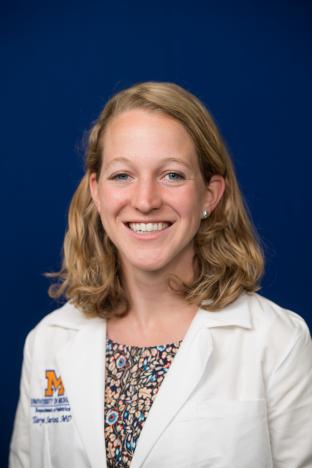 A very short biography:
I chose University of Michigan for residency because it had a friendly, mid-western vibe and fun-loving residents. I interviewed for Pediatric Neurology on Halloween, which entailed an impressive costume competition. At my interview dinner, the residents and interviewees spontaneously began playing Heads Up, and a lot of hilarious acting ensued. After that, I was pretty much sold.

One interesting personal thing we should know about you: I was born in Cape Town, South Africa and spent my early childhood as an Aussie, living in Tasmania.

Theme song: "Livin' On A Prayer" by Bon Jovi