Intracerebral hemorrhage is a subtype of hemorrhagic stroke that has devastating consequences when it occurs in humans. Broadly there are two mechanisms of neuronal damage that occurs in the event of an ICH. The early brain injury is secondary to the hematoma itself and early erythrolysis within 24 hours of the injury. Delayed brain injury is mediated by various pathways related to the scavenging of the hematoma by the macrophage system. There is reasonable animal model data that validates pathomechanisms of delayed neurotoxicity following an ICH. Ultra-early erythrolysis is a novel phenomenon that has been observed in a recent animal ICH model study by the authors. In this rat model there is good correlation of early erythrolysis with hypo or isointensity on T2* sequences within the hematoma within first 24 hours after an ICH and increased tissue iron levels in the perihematomal brain tissue on histology. There is no such correlative phenomenon that has been documented in the human population. The proposed study will attempt to confirm or refute the presence of the phenomenon of ultra-early erythrolysis and mediated neuronal injury due to increased iron levels in the periphery of the hematoma based on MRI. Various MRI parameters like volume of T2* iso/non-hypointensity within the hematoma, R2* value in the periphery of the hematoma and volume of edema on FLAIR sequence will be measured on day 1, day 14 and day 30 to evaluate the presence of the phenomenon of ultra-early erythrolysis in ICH in human subjects, not only in the first 24 hrs but also up to 30 days following the hematoma.

Spontaneous intracerebral hemorrhage (ICH) is a common and often fatal stroke subtype. If the patient survives the ictus, the resulting hematoma within brain parenchyma triggers a series of events leading to secondary insults and severe neurological deficits. Although the hematoma in human gradually resolves within several months, restoration of function is graded and usually incomplete. The neurological deficits in ICH patients are permanent and disabling. For the past 20 years, I have been examining the hypothesis that the release of components (e.g., hemoglobin, iron and thrombin) from the hematoma contributes to ICH-induced brain injury. Our work on iron (released from hemoglobin) has led to the current Phase II clinical trial of deferoxamine for ICH (NCT02175225). This proposal continues to examine that underlying hypothesis. Specifically, it will address: 1) the mechanisms of early erythrocyte lysis in the hematoma; 2) the role of CD163 in hemoglobin clearance after ICH; 3) the mechanisms of endogenous hematoma removal; 4) the mechanisms of hydrocephalus development after intraventricular hemorrhage; and 5) combination therapies for ICH. The purpose of our project is to determine mechanisms of brain damage after brain hemorrhage and to develop effective therapies. The long-term goal of our studies is to limit hemorrhagic brain damage in patients.

Spontaneous intracerebral hemorrhage (ICH) is a common and often fatal stroke subtype. If the patient survives the ictus, the resulting hematoma within the brain parenchyma triggers a series of events leading to secondary insults and severe neurological deficits. After an ICH, lysis of erythrocytes in the hematoma and the mass itself result in brain swelling, neuronal death and neurological deficits. The hematoma can be removed by surgery or naturally by microglia/macrophages. Our previous studies demonstrated that surgical clot removal with tissue plasminogen activator (tPA) reduces acute perihematomal edema in pigs. Recent studies found that enhancing microglia/macrophage-mediated hematoma clearance reduces ICH-induced brain edema and improves functional outcome. CD47, also called integrin-associated protein, is expressed on erythrocytes and other cells regulating target cell phagocytosis. The role of CD47 in ICH has not been well studied. in preliminary studies, we found: 1) CD47 is expressed in rodent and pig erythrocytes; 2) Erythrophagocytosis occurs in the perihematomal area and in the clot in both mouse and pig ICH models; 3) Hematomaclearance is faster when the ICH is formed using CD47 knockout blood in Mice; 4) the injection of CD47 knockout blood causes less brain swelling and neurological deficits than wild-type blood; and 5) co-injection of clodronate liposomes depletes M2 microglia/macrophages and causes more brain swelling and less hematoma clearance. These results suggest that CD47 inhibition is a target for reducing ICH-induced brain Injury. Recently, there has been considerable interest in the cancer field in targeting CD47 with blocking antibodies to enhance phagocytosis and that approach is currently in clinical trial. in this application, we propose to test the following specific aims: 1) to examine whether CD47 levels in the hematoma are associated with Infiltration of macrophages/microglia into the clot and clot clearance; 2) To examine whether modifying erythrocyte CD47 levels in the clot or blocking CD47 will affect hematoma clearance and ICH-induced brain Injury in aged mice and in pigs; and 3) to determine whether blocking CD47 plus surgical clot removal with tPA will significantly reduce ICH-induced white matter injury. The long-term goal of our studies is to limit brain damage following ICH.

There is much evidence that the hemoglobin released after erythrocyte lysis is a cause of brain injury after cerebral hemorrhage. This may be related to hemoglobin or its degradation products (e.g., iron). How to reduce such Injury is important considering there are no current clinically proven therapies for intracerebral hemorrhage. One mechanism that is involved in limiting hemoglobin toxicity systemically is CD163, a hemoglobin scavenger receptor, which is involved in the cellular uptake of hemoglobin when bound to haptoglobin. However, in cerebral hemorrhage, our recent results, supported by others, indicates that some hemoglobin is released before CD163 and other defense mechanisms are up-regulated in brain (early erythrolysis). In addition, while microglial CD163 may be beneficial in scavenging hemoglobin, CD163 is also up-regulated in neurons and is involved in inducing cell death. The aims of this proposal are, therefore: 1) Determine the mechanisms by which early hemoglobin release from cerebral hematomas occurs and can be reduced, 2) Examine whether CD163 is a therapeutic target in intracerebral hemorrhage, and 3) Determine the mechanisms regulating CD163 in microglia and neurons in order to potentially manipulate those levels independently. These experiments will involve in vivo and in vitro models of intracerebral hemorrhage in rats, mice and pig already established in our laboratories.

Novel ultrasonic technique for the treatment of hemorrhagic stroke

Intracerebral hemorrhage (ICH) is the most common type of hemorrhagic stroke with 4 million annual cases worldwide. Evacuation of the ICH leads to reduction in intracranial pressure (ICP) as well as prevention of secondary cerebral injuries. Current strategy for removing ICH requires an invasive craniotomy and the need for traversing normal brain. Minimally invasive methods include: 1) craniopuncture/tPA method which requires days for evacuation of ICH and risk of rehemorrhage; 2) endoscopic ultrasonic aspiration has the force to injure cerebral tissue as well as the need for learning endoscopic techniques. There is a clear unmet clinical need for a minimally invasive method that can safely, effectively, and rapidly reduce the ICH volume without using thrombolytic drugs and be applied with the simplest methodology. We propose histotripsy as a novel ultrasonic technique that can fully address this unmet clinical need. Histotripsy uses microsecond duration, high-pressure ultrasound pulses applied from outside the skull and focused inside the ICH to produce cavitation to liquefy the ICH without causing brain injury. The liquefied ICH can be immediately drained via a small bore catheter. We have used histotripsy with electronic focal steering to achieve rapid transcranial ICH liquefaction (~40 mL in 10 min) and drainage through excised human skulls. We have developed a miniature hydrophone integrated within the catheter to precisely focus the ultrasound through excised human skulls and the catheter can also be used for drainage of the liquefied ICH. We have also demonstrated the in vivo feasibility and safety in a porcine ICH model. We propose three specific aims toward developing histotripsy as a novel technique for safely evacuating ICH and improving outcomes. 1) Design and construct a portable histotripsy ICH system with real-time 3D feedback that can transcranially liquefy and drain ICH with high precision and efficacy. 2) Validate the targeting precision, treatment location profile, and efficacy of the transcranial histotripsy ICH system in human ICH phantom and fresh human cadaver. 3) Validate the safety and efficacy of the transcranial histotripsy ICH system in an established in vivo porcine ICH model. If these aims are successfully completed, we will establish a portable histotripsy ICH system suitable for clinical use and proceed towards a clinical trial. 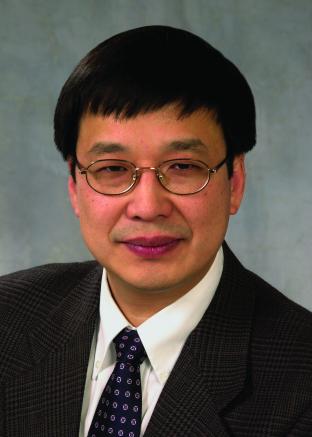