Conference: What’s New in Research and Treatment for Neurofibromatosis? 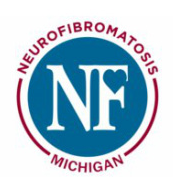 The U-M Department of Neurosurgery is proudly co-sponsoring a conference about the latest Neurofibromatosis (NF) research on April 23, 2016 here at UMHS. This conference will be geared toward NF patients, advocates, and patients' family members. U-M faculty from several departments, including Dr. Greg Thompson from Neurosurgery, will be speaking at this event, which will be held at the Biomedical Sciences Research Building's (BSRB) Kahn Auditorium. There is no cost to attend, but RSVPs are encouraged. Download the flier at the link below for all of the details.

Neurofibromatosis, also known as NF, is a genetic disorder of the nervous system that causes tumors to form on nerves anywhere in the body at any time. It is a progressive disorder that affects all races, all ethnic groups and both sexes equally. NF is the single most common genetic disorder of the nervous system, occurring in one in every 2500 to 3000 births. Despite its frequency, few people are familiar with NF.

There are three distinct forms of NF: NF1, NF2 and schwannomatosis. NF is unpredictable in its manifestations and its severity. There is no known cure NF, although the genes for NF1 and NF2 have both been identified.  Currently, NF has no effective treatment other than the surgical removal of tumors which may sometimes grow back.