Norman Fritz Miller, M.D. was born in Iron Mountain, Michigan on August 14, 1894. He attended the University of Michigan in both the undergraduate and medical schools, receiving his MD in 1920. He spent four years as an intern and resident in the Department of Obstetrics and Gynecology at the University of Michigan and was subsequently appointed an Assistant Professor in the department, the fourth person to ever achieve that rank.

In 1931, Dr. Miller returned to Ann Arbor to assume the Chair of the Department of Obstetrics and Gynecology and the Bates Professorship of Diseases of Women and Children. He retained that position until retirement at the end of 1963. 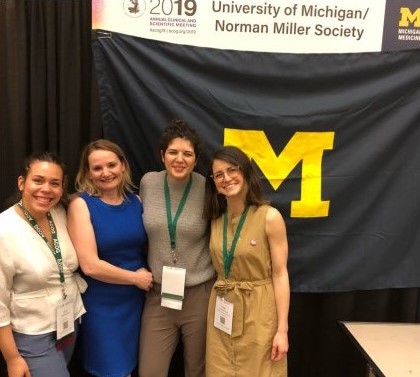 Throughout all of Dr. Miller's tenure as chair of the Department of Obstetrics and Gynecology, he maintained his interest in clinical care, research, and teaching. The department flourished under his guidance and was at the forefront in the development of new technology and patient care. Because of his accomplishments and the honor with which his graduates have held him, the Norman F. Miller University of Michigan Alumni Society was founded in 1956 to celebrate his twenty-fifth anniversary as Department Chair. This society continues into the present and provided the major impetus in the campaign to fund the Norman F. Miller Professorship of Gynecology.