The Department of Obstetrics and Gynecology is extremely proud of our endowed professorships because these permanent endowments ensure that the women in our care will always benefit from the experience and expertise of the best and brightest faculty. 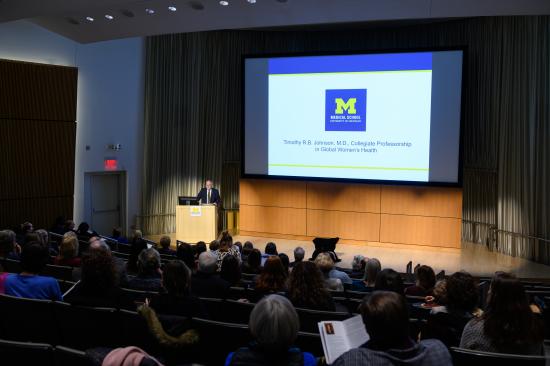 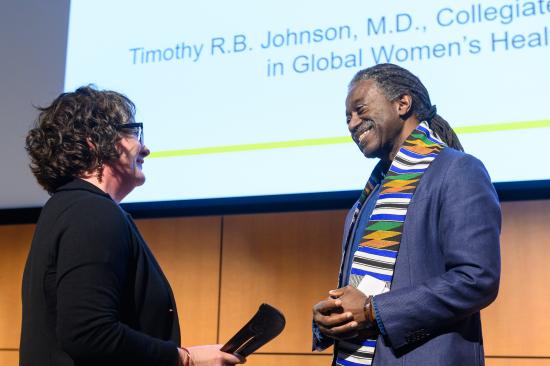 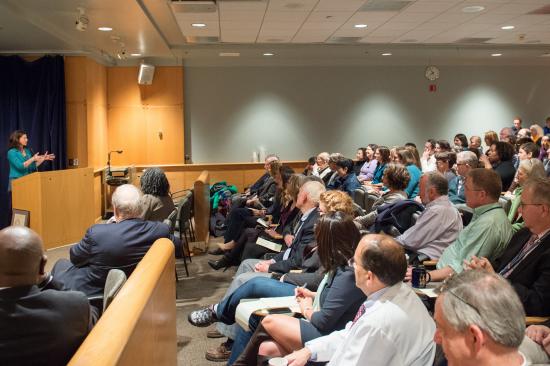 An endowed professorship is one of the most significant means by which the organization can honor its teachers and researchers, and guarantees that we will continue to recruit and retain the very best in their specialty to the University of Michigan.

Elizabeth Bates Professorship of the Disease of Women and Children

The Department established the Norman F. Miller Professorship of Gynecology in 1987. During Dr. Miller’s tenure as chairman of the Department of Obstetrics and Gynecology from 1931 to 1962, he maintained his interest in clinical care, research, and teaching. The department flourished under his guidance and was at the forefront in the development of new technology and patient care. Because of his accomplishments and the honor with which his graduates hold for him, the Norman F. Miller Gynecologic Society was founded in 1956 to celebrate his twenty-fifth anniversary as department chairman. This society continues to the present time and provided the major impetus in the campaign to fund the Norman F. Miller Professorship of Gynecology.

This endowment was established in 1989 to recognize J. Robert Willson, M.D. Dr. Willson developed a strong and outstanding department while chair at the University of Michigan from 1962 to 1979, as well as placing distinguished faculty members from his staff at Michigan in medical schools throughout the country. Dr. Willson continued to be an active teacher and innovator -- one of the leading figures in designing resident education for the future. He was particularly interested in social and ethical issues and the role of the Obstetrics and Gynecology in the primary care of women. He was president of all the major national boards and published a widely used student textbook.

George W. Morley, M.D., a graduate of the University of Michigan Undergraduate School and Medical School, permanently joined the faculty in 1956. His contributions to the specialty of obstetrics and gynecology and, specifically gynecologic oncology, are innumerable. The George Morley Service was named in his honor. In addition to establishing the first gynecologic oncology fellowship program at the University of Michigan, he also is a past president of the American College of Obstetricians and Gynecologists. In recognition of Dr. Morley’s esteemed career, the George W. Morley Professorship of Obstetrics and Gynecology was established in 1995.

The Harold A. Furlong Professorship in Women’s Health was made possible through a large bequest from the estate of Frances and Harold Furlong, as well as significant contributions from Charles Hutchins, a devoted friend of Dr. and Mrs. Furlong. Before graduating from the University of Michigan Medical School and beginning his private practice in obstetrics and gynecology in Pontiac, Michigan, Dr. Furlong was awarded the Congressional Medal of Honor for his heroism in World War I. The Furlong Professorship was dedicated in 1999.

In recognition of S. Jan Behrman, M.D., who has often been referred to as one of the era’s true giants in the field of reproductive medicine, and through a generous contribution from Dr. and Mrs. James Poppy, the S. Jan Behrman Professorship in Reproductive Medicine was established in November 1999. In addition to contributing more than 150 peer-reviewed articles to the professional literature, Dr. Behrman developed one of the first and finest in vitro fertilization programs in the Midwest.

To provide ongoing support for the teaching of family planning, the first endowed professorship in reproductive health was established in 2011. Named after Dr. F. Wallace and Janet Jeffries, the permanent endowment supports a faculty position at U-M collaborating clinically and educationally with Planned Parenthood Mid-Michigan Alliance. It will also provide funds for educational and research activities of medical trainees at all levels. Above all, this professorship helps ensure that women in Michigan, around the country, and throughout the world will continue to have access to physicians experienced in all facets of reproductive health.

This Professorship will ensure exceptional care and justice for women around the globe. And, this Professorship will honor and celebrate a beloved teacher, leader, care giver and change agent who represents the best of the maize and blue and the best of mankind. It will be awarded to an individual who shares his commitment to being a voice for women throughout the world; a voice for them in important conversations that impact their care; a commitment to fighting for their reproductive rights and improved health for women and their children wherever they are, the Johnson Professorship will inspire future generations and be a lasting tribute to Dr. Johnson’s impact on us and in the world.

The J. Robert Willson Research Professorship was established in 2019 to recognize the achievements and long history of providing exceptional obstetric care to women by Dr. J. Robert Willson. Dr. Willson developed a strong and outstanding department while chair at the University of Michigan from 1962 to 1979, as well as placing distinguished faculty members from his staff at Michigan in medical schools throughout the country. This Professorship will support a faculty member in the Department of Obstetrics and Gynecology who is committed to advancing the field of Obstetrics and to promote medical advances and education in Obstetrics and Gynecology, providing exceptional clinical care to women, and teaching and mentoring residents and medical students.

Robert K. Ferguson and Virginia A. Ferguson Professorship in Obstetrics and Gynecology

The Robert K Ferguson and Virginia A. Ferguson Professorship in Obstetrics and Gynecology was established in 2019 to recognize the achievements and long history of providing exceptional obstetric and gynecologic care to women by Dr. Robert K. Ferguson. Dr. Ferguson received his undergraduate degree in 1949 and his medical degree in 1952 from the University of Michigan.  Dr. Ferguson completed an internship at Northwestern University and residency in obstetrics and gynecology at Harvard.  He established a practice in Kalamazoo from the 1950s through the 1980s.  He was an attending physician at Bronson Methodist Hospital and Borgess Medical Center.  Virginia A. Ferguson pursued a degree in liberal arts studies at the University of Wisconsin-Madison and met and married Dr. Ferguson in 1952.  Together they raised four children in Kalamazoo.  The Fergusons were both active supporters of Planned Parenthood. This Professorship will support a faculty member in the Department of Obstetrics and Gynecology who is committed to providing exceptional clinical care to women while teaching and mentoring residents and medical students to carry on this tradition.

The Morton R. Lazar Professorship in Obstetrics and Gynecology Innovation was established in March 2016 through a generous gift from Stuart and Maxine Frankel. The intent of this professorship is to support a faculty member in the Department of Obstetrics and Gynecology with the expertise to push clinical, research, and pedagogic boundaries and contribute scholarship that disrupts practice and changes clinical paradigms reflecting Dr. Lazar’s commitment to unsurpassed care.

A gift for a permanent endowment is a gift forever, a gift that will generate distributions to benefit the institution in perpetuity. This means that a professorship will grow larger and larger so that the holder, who will always be identified by the name of the benefactor who established the professorship, has greater resources to support his or her teaching and research.

If you would like to talk about how you can add to this legacy, please contact Alex Kamer at alexmllr@umich.edu(link sends e-mail) or 734-763-1714.