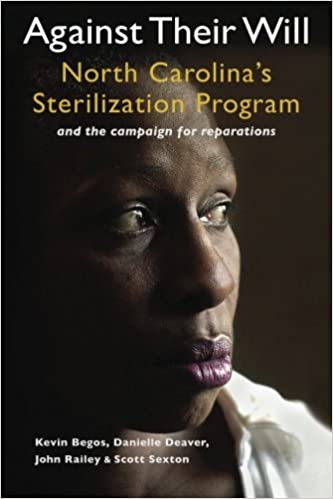 Our Michigan Medicine Department of ObGyn faculty and learners will be discussing the book “Against Their Will: North Carolina’s Sterilization Program and the campaign for reparations.”

Book Summary: "This spring, for the first time in the nation’s history, a state is poised to pay reparations to the victims of eugenics, or involuntary sterilization. For more than 40 years North Carolina ran one of the nation's largest and most aggressive sterilization programs. It expanded after World War II, even as most other states pulled back in light of the horrors of Hitler's Germany. They were wives and daughters. Unwed mothers. Children. Even a 10-year-old boy. Some were blind or mentally retarded. Toward the end they were mostly black and poor, and it all took place not in the distant past, but up until the 1970s. North Carolina’s historic debate over its eugenic past was launched by Against Their Will, a series in the Winston-Salem Journal that was the first to show the actual workings of a modern eugenics program, through thousands of long-hidden documents and interviews with victims, the doctors who operated on them, and the bureaucrats who ran the program. The series led directly to an apology from the North Carolina governor and the first efforts in the nation seeking to compensate victims of eugenics. Then over the last three years the Journal's editorial page became the leading voice calling for compensation for victims of the sterilization program. Against Their Will has drawn praise from civil rights groups, historians, and the general public."

Make a Difference: Give To OBGYN (link is external)

Make a Difference: Give To OBGYN (link is external)